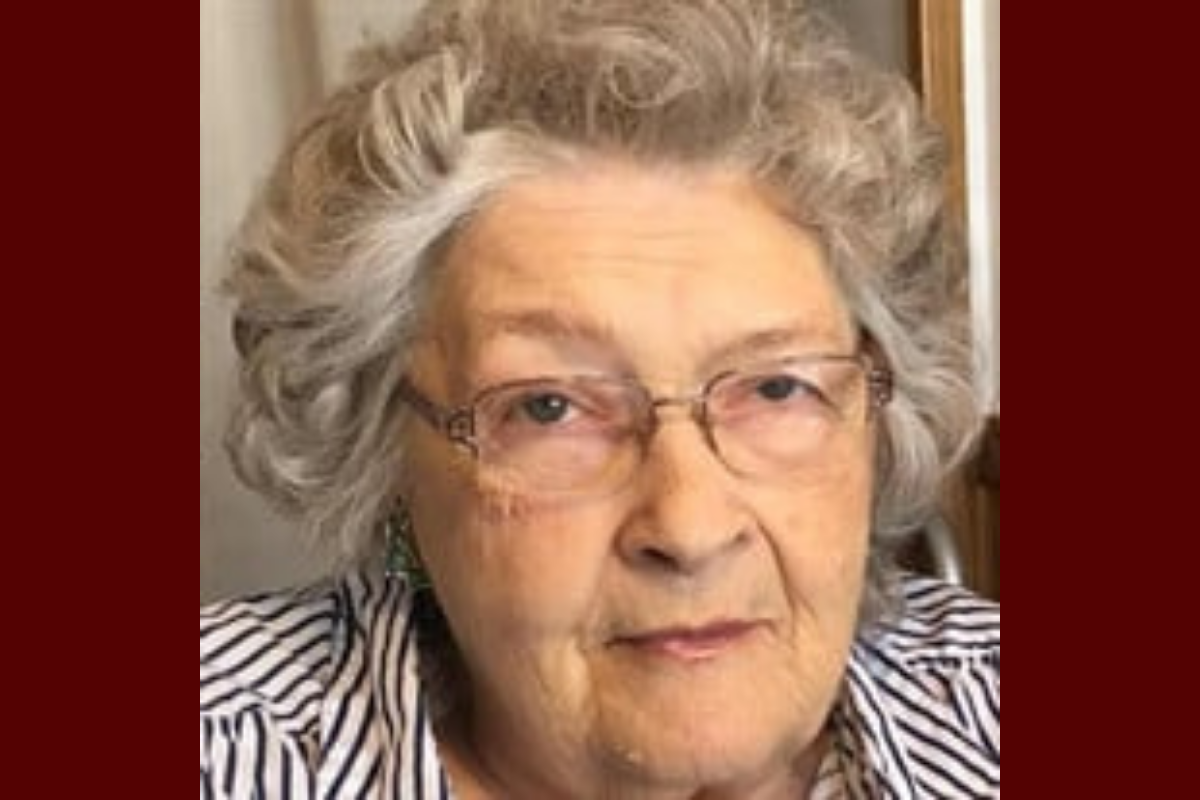 Mary Ethel Bernbeck Jackson was born December 24, 1937, in Lusk, Wyoming to Gayle and Gilbert Bernbeck on the table in their neighbor’s kitchen. Named for her grandmothers, she was affectionately called Mary Ethel throughout her childhood. She joined older brother, Conrad Edward Bernbeck, to complete their family.

The family lived in Lusk until Mary graduated from the 8th grade. During this time, she learned to play clarinet. Mary had a love for animals at a young age, especially for her cute kitties. Before Mary’s freshman year the family moved to their ranch near Veteran, Wyoming. Activities in high school included band, cheerleading, modeling, and was named salutatorian. She also began a lifelong friendship with future sister-in-law, Lorena Langwell. After graduating in 1956, Mary began to study architectural design at the University of Wyoming. However, her life took a change, she married, and had her first child in 1957.

Mary returned to Lusk in 1962 where she raised her four children and worked as a reporter for
the Lusk Herald. Although never finishing her architectural degree, she designed, actively
helped build and ran the B-Q Corral drive-in restaurant. She taught her children the importance
of a good work ethic during the many years, they worked with her at the B-Q. They enjoyed their
first real family adventure/vacation when she led the family on a bicycle trip for several hundred
miles through Nebraska en route to St. Louis, Missouri after selling the B-Q.

Mary was active in her community, but something was lacking in her life. She wanted more for
herself, her children, and their future. She prayed that something would change in her life. It was
December and as usual Mary had gone way over the top in decorating her yard with blinding
lights, blaring music, and larger than life-sized plywood cutouts of seasonal decorations. And
whom do you think showed up at Mary’s door? A special pioneer couple by the name of Nancy
and Troy Fix who joked between the two of them, “You take this door, I’m sure it’s a sheep, a
future study!” Little would they know that this was a start of a new life for Mary and her children.
Her prayers had been answered by our wonderful loving Father Jehovah God. There wasn’t a
Kingdom Hall in town so Mary would load up her kids and drive an hour to attend the Christian
Meeting twice a week. Mary dedicated her life to Jehovah as one of his Witnesses in 1973.
On June 4, 1974, Mary married Elvin Jackson. Together they lived in Lander, Jeffrey City, and
Douglas, Wyoming. She held a variety of jobs in these towns including supervising outfitter
seamstresses, landscape maintenance supervisor for the Big Eagle Mine, property inspector,
and home cleaning business.

Mary’s love for Jehovah continued to grow in her faith and devotion. She was determined to make that the center of her life. She became a Regular Pioneer, preaching 100 hours a month door to door trying to help others learn the truth about Jehovah God and his future for mankind. After one last move to Cheyenne, Wyoming Mary operated Your Family Optical until her retirement, after which she cared for her aging parents.

No matter where Mary lived, she made the surrounding area more beautiful. She loved flowers,
gardening, and landscaping. Her flower gardens were the envy of many neighbors. Mary also
had a talent for creating beautiful artificial floral arrangements for family and friends.
Mary was kind, caring, and giving. She always asked, “What can I do for you?” She had a
beautiful smile, an infectious laugh, and enjoyed a good prank.

Mary’s life was centered around her faith and family. She continued in her faithful service to her
Heavenly Father throughout the rest of her life. It was confusing for Mary to attend Meetings
over zoom during the pandemic and was relieved when she could finally attend in person April
3, 2022.

She was preceded in death by her parents; Gayle and Gilbert Bernbeck.

Cremation has taken place and her ashes will be spread near Jeffrey City, the place she
referred to as paradise.