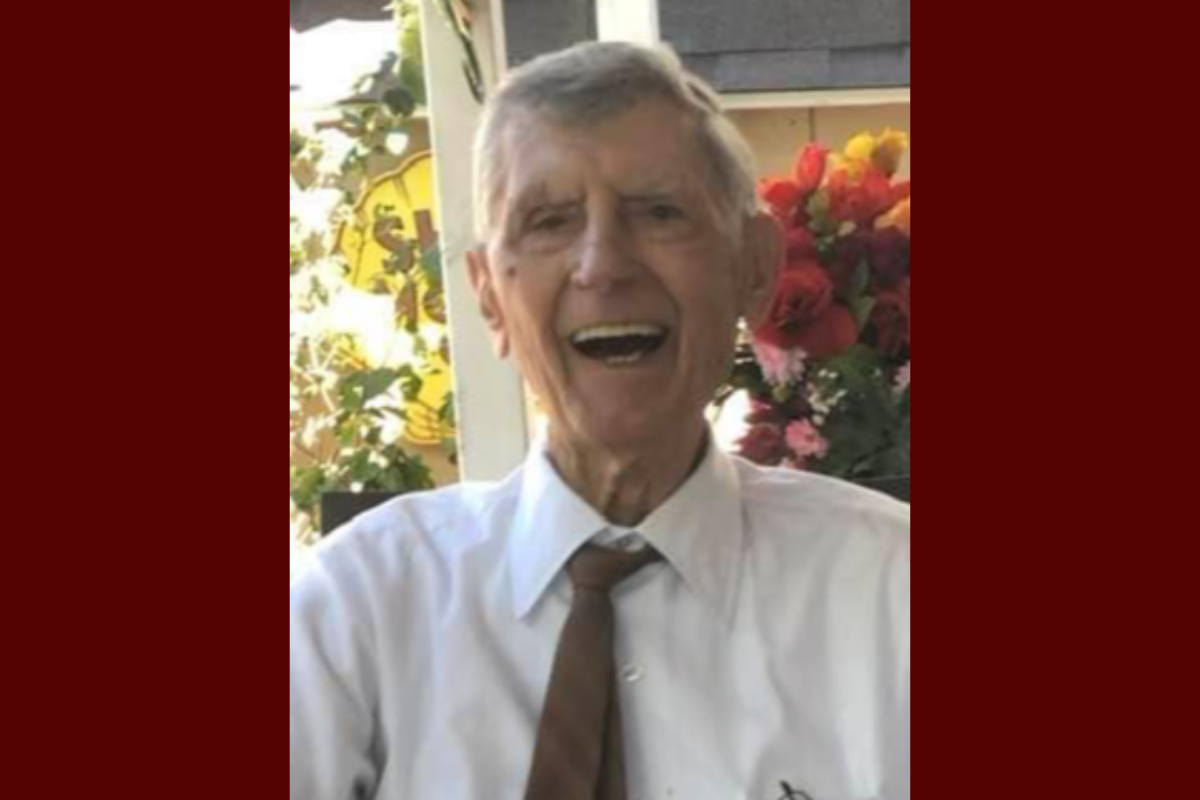 Adam Breaux age 91 of Cheyenne, WY passed from natural causes to his eternal home on May 18, 2022, surrounded by loving family.  He was born October 5, 1930, to Cladis Breaux and Ozite Trahan in Kaplan, Louisiana, and graduated from Kaplan High School in 1947.  He enlisted in the Air Force the same year eager to follow his brothers Jean and Ivan into the military and served 30 years in the Air Force Retiring in 1977, as an E9. He was an Electrical Engineer who during his career worked on B32s, and B52s, as a radar technician. He later worked as a systems troubleshooter on the Minuteman Missiles at Francis E Warren Air Force Base.

He met Pat, the love of his life in 1951 in Rapid City, South Dakota and they married June 1952 making this their 70th year of marriage. They enjoyed being together through all seasons of life. Every anniversary, Adam would play their song and Pat would wake up to “Because of You,” sung by Tony Bennett.  Just a few weeks prior to his death he asked if he could sing a song in French (his first language) to her and of course she said yes. She told me that it was one of the sweetest gifts that he ever gave her!

He loved his family and showed his love in many ways, taking them fishing, giving them school lessons from algebra to homework, woodworking and handcrafting loving works of handmade gifts from birdhouses to doing brickwork, wiring basements, plumbing, and fixing everything! He was a kind and loving husband, father, and grandfather. He will be missed more than words can express.

A private family celebration of life will be held in his honor.

Jacqueline Wilson DeFond, 83, passed away May 15th, 2022, at Davis Hospice Center. She was born October 7, 1938, to John and Thelma (Beers) Wilson in Cheyenne. Jacque settled in Cheyenne to raise her family. She worked a few jobs around town before working for the State of Wyoming, she then earned her license and was an accountant. She liked to travel and was an avid reader of paperback books, she also took pride in having very nice penmanship in which she believed was a lost art.

Jacque is survived by her daughters and their families, Victoria James of Wall, SD, Valarie (Kevin) Ayers of Severance, CO and Andrea (Christopher) Mikulski of Charlevoix, MI; ten grandchildren, Heath, K.C., Sam, Jennifer, Nicholas (Shadelle), Jeanell (Dylan), Alex, Kamri (fiancé Brent), Abby and Kenzi; nine great-grandchildren, Cale, Ayden, Addy, Ashlynn, Kaydence, Alexxys, Addison, Emerson and Easton. She is also survived by her two younger brothers David (Cathy) Wilson of Cheyenne and Marvin (Pat) Wilson of Littlestown, PA. She was proceeded in death by her parents and sister Barbara Terry. Cremation has taken place and a grave side service will happen at a later date. Any donations can be made to the Davis Hospice Center of Cheyenne.

Norman M. Harrower, II, 69, of Cheyenne, Wyoming passed away May 19, 1922 at the Cheyenne Regional Medical Center.

Services and interment will be held at a later date in Kemmerer.  Local arrangements are under the care of Schrader, Aragon and Jacoby Funeral Home, 2222 Russell Avenue, Cheyenne, Wyoming 82001.

It is with great sadness that the family of Nicole Denise Harvey (Formyduval) announce her passing on Thursday, May 19, 2022 at the age of 60. She fought a long battle with ovarian cancer yet passed peacefully at home to be with our Lord Jesus.

Nicole will be lovingly remembered by her husband of 29 years, Kenneth; her father James Formyduval; children, Kenny, Kassandra, and Kamerynn; grandchildren, Tyzell, Tremayne, Peyton, Sylas, and Alviah; and numerous other family members and friends.

Nicole was a competitive bicyclist, swimmer and triathlete. She loved spending time in her Montana mountain refuge, and in bird watching and quiet time in her flower garden. She loved long walks while holding hands with her husband. Nicole was predeceased by her mother, Judy Morgan.

Memorial Donations in Nicole’s name may be made to Fellowship Baptist Church, 1317 Avenue C, Cheyenne, Wyoming, 82007.