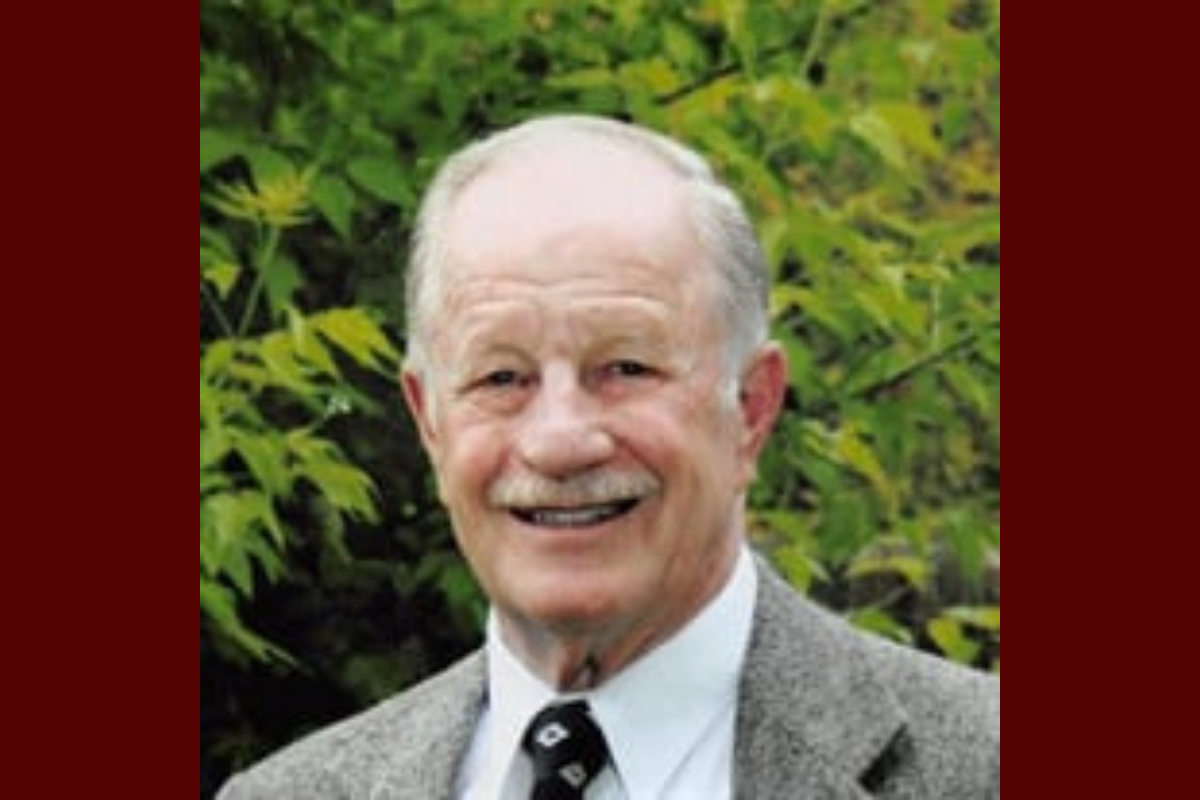 Lloyd Allen Eisenhauer, 91 of Cheyenne, Wyoming passed away peacefully on May 20, 2022, in Cheyenne.
He was born August 6, 1930, in Wallace, Nebraska, to William “Harry” and Truly (Padgett) Eisenhauer. He was the fourth oldest of seven boys: Don, Delbert, Bob, Tom, Howard and Loren.

In 1942 the Eisenhauer family moved from Wallace, NE to Pine Bluffs, WY where he graduated from Pine Bluffs high school in 1948.

At the age of 17, he and his older brother Bob both enlisted in the United States Marine Corp serving from 1948-1952 during the Korean War.

After serving in the USMC Lloyd owned a livestock business from 1952-1958. In 1958 he enrolled in college at the University of Wyoming earning his bachelor’s degree 1962. He was then hired by the Bureau of Land Management, most of his work focused on grazing management involving sheep, cattle, and wild horses.

On December 18, 1965, Lloyd and Irene Medina married in Rawlins, WY. They raised their family in Wyoming, New Mexico, and Colorado.

Lloyd returned to Cheyenne in 1982 and became the Head of Automation in BLM’s Cheyenne office. He retired in 1986, but stayed very involved in the issues of wild horse and livestock management on BLM lands in Wyoming.

After Irene’s passing in 2004, he married Betty Janicek in 2007 and was welcomed by her loving family.
Lloyd enjoyed family gatherings, camping, fishing, and hunting in the great outdoors.

He is survived by – his five children Rodney Eisenhauer, Tracy Martinez, Stephen “Kelly” and Melody Roberts, Mark Eisenhauer, and Marcy Eisenhauer; several grandchildren, great-grandchildren, and great-great grandchildren. His three brothers and sisters-in-laws, Tom and Mary Ann, Howard and Karin, Loren and Linda, and Jean Eisenhauer; as well as many nieces and nephews.

Cremation has taken place under Wiederspahn Radomsky Chapel of the Chimes in Cheyenne. Services will be announced at a later date.

Susan Ann Hardy “Susie” of Cheyenne died May 21, 2022 in Cheyenne, Wyoming. She was born June 15, 1952 in Omaha, Nebraska to Raymond and Donna Hartigan and moved to Cheyenne with her family in 1966. She graduated from Cheyenne East High School in 1970. Susie worked for Laramie County School District #1 as a secretary and then in Special Education. She also worked with children who had behavioral issues. She made numerous friends from work, and the school kids loved her. They would always go to talk to Mrs. Hardy because she was “so cool” and just understood. She married the love of her life, Nal Hardy in 1970 and they have lived in Cheyenne since then.

Susie was a wonderful Daughter, Wife, Sister, Mom, Nana and Friend, and was always putting others’ needs first. She loved her children and grandchildren something fierce. She was at all their events and was their biggest cheerleader. One of her favorite quotes while the kids were playing baseball/softball was “Hail Mary full of grace, hit that ball and get on base.” She would then make the sign of the cross. She had many of these made-up quotes. Other hobbies included shopping, singing and talking. She would spend hours on the phone talking with her family and friends. Her favorite place to shop was at “Walmart” and wherever someone would take her.

Susie was a fighter. She suffered many illnesses throughout her adult life but that didn’t stop her. Even when sick she kept her sense of humor and was loved by everyone who knew her. She was a cat with nine lives and just when you thought she couldn’t fight anymore, she would pull through and keep on going. Susie will be greatly missed by all, but she is now at peace with the Lord with no more pain and suffering. She is free of illness and can now walk and do all the things she loved doing.

She is preceded in death by her parents; sister, Mary Plummer; and infant brother, Edward Hartigan.
A Memorial Service will be Friday, June 3rd at 10am at Wiederspahn-Radomsky Chapel with a reception to follow at Kiwanis Community Center, 4603 Lions Park Drive, Cheyenne, Wy.

Services will be Thursday, 10:00 a.m., at Wiederspahn-Radomsky Chapel with burial to follow in Cheyenne Memorial Gardens.

Ruthie was a loving wife to James Evans Malone, Sr and a stay-at-home mother to their three beautiful kids, Rutisha, Felicia, and James Jr.

Ruthie was a member of 2nd Baptist Church and American Legion Post 83 who enjoyed playing Bingo, bowling, listening to music with friends, and watching everyone’s kids, especially her grandkids and great grandkids.

She is survived by her loving and devoted husband, James Evans Malone Sr. of Cheyenne; their two daughters, Rutisha Carter of Fort Collins, CO, and Felicia Bracken of Phenix City, AL; and their only son, James Evans Malone, Jr. of Avondale, AZ. Her surviving siblings are Patricia McClure of Orlando, FL, Rosie Lowe, and Angela Bryson of Cheyenne, WY, Melvin Washington of Las Vegas, NV, and Robert Washington of Phenix City, AL.

We all love you and will miss you, because you were a great mom and grandma and wife.

Services will be Tuesday, 10:30 a.m. at Wiederspahn-Radomsky Chapel with burial to follow at Cheyenne National Cemetery at 1:00 p.m.