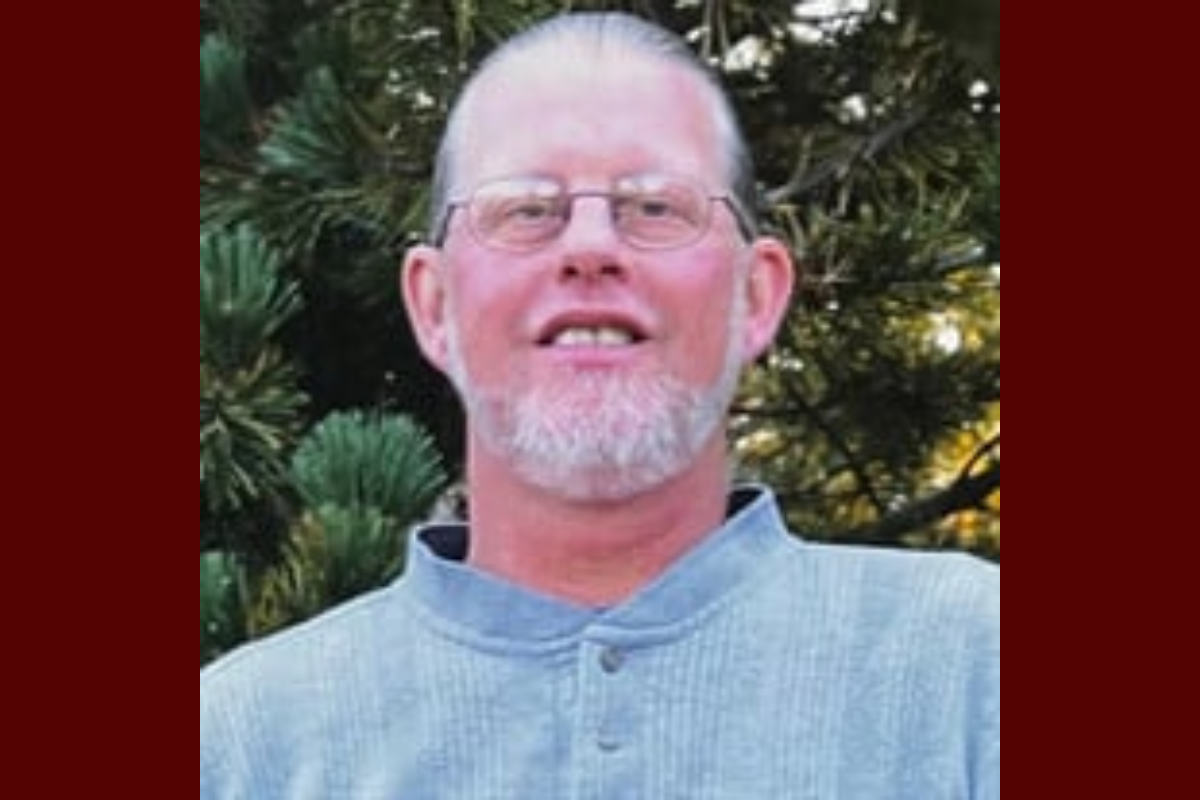 Lance lived in South Dakota until his dad went into the military, which led to living in several other states and Germany. In 1982 he moved with family to Cheyenne and with the exception of four years at St. Mary of the Plains College in Dodge City, Kansas and four years teaching on the Pine Ridge Indian Reservation, he remained in Cheyenne.

Lance graduated from East High School where he excelled academically, as well as athletically in soccer and football. Soccer was his number one sport. He played for Cheyenne Sting and at the college level on a partial scholarship. After his playing years were over, Lance spent his time coaching kids soccer and baseball. His kids all grew up with a ball at their feet.

Family was the most important thing to Lance, friends were second. He had countless friends, many he had connected to through his job at CPS Distributors where he worked for 22 years. Several he had known for years and remained close with throughout his life, and some he had only met once.

Lance was a big Dallas Cowboys and LA Dodgers fan, which meant his kids had to be too. He loved his family and never failed to tell them every chance he got; every night he would give his kids a kiss and tell them he loved them. Lance never hung up the phone without saying “I love you.”

Lance was preceded in death by brothers, Darin and John Hart; grandparents, Jim and Doris Vos, Francis and Lucille Hart; step-father, Bill Logsdon; step-mother, Sharon Hart; and cousin, Chrystelle Janke.
A Celebration of Life will be held on August 6, 2022. Additional details will be provided at a later time.

Jack grew up in farming communities and attended high school in Owasa, Iowa, where he participated in baseball and basketball and excelled in school, to the extent he was offered a college scholarship.
He joined the US Navy and was stationed at Norfolk, VA, as an Aviation Storekeeper.

He worked as an Ironworker most of his life holding positions of Foreman and Site Superintendent and working on several dams, missile sites, power plants, airports, etc., in CA, AZ, SD, ND, WY, IN, MO, NE, WI, MN, ID, and AK.

He also installed home siding for a time after retiring from ironworking.

Jack and Carolyn retired in Cheyenne, WY, and then relocated to Texas to be near his daughter, Kathleen.
Jack was charismatic and very personable with a million-dollar smile. He enjoyed cards and dominoes and played a mean game of cribbage, was an avid reader, enjoyed a wide variety of movies, but especially Westerns.

He was preceded in death by his parents, both of his wives, and his sister, Vivian.

He was born on November 30, 1946 in Cheyenne to Reino Osmo Korhonen and Kathryn Korhonen and was an only child .

Wayne graduated from Cheyenne Central High School in 1965, graduated from the University of Wyoming in 1974 with a Bachelors of Education and Lesley College, Cambridge, MA with a Master of Education. Wayne had an additional 30 plus hours of class room study.

Wayne was a History Teacher having first worked at Torrington Junior High, then at Johnson Junior High, Cheyenne and East High School, Cheyenne, where he retired in 2004.

Wayne was chosen as the Laramie County High School; Teacher of the Year, 1996-97.

In 1997, Wayne was chosen along with Pam Steel to attend the Arthur and Rochelle Belfer National Conference for 2 weeks in Washington D.C. at the Holocaust Museum. Wayne and Pam were the only two educators chosen from Wyoming to attend this event. This event had a profound effect on Wayne.

Wayne was a volunteer at the Cheyenne Frontier Days Public Relations Committee for over 35 years and was honored to be chosen as the PR Chairman for the years 1999, 2000, and 2001. He was the Co-Chairman for three years of the Relay for Life held at Okie Blanchard Stadium for the American Cancer Society. Wayne also served for 7 years on the Board of Directors of Special Friends and as Program Director 2004/2005. He was a youth mentor for several young people attending Confirmation Classes at our church, First United Methodist Church in Cheyenne.

He is survived by his wife of almost 40 years, Nadine; his daughter, Julie; and his step daughter Kristine.
Wayne was preceded in death by his father, Reino Osmo Korhonen; his mother, Kathryn Korhonen; and his son, Jeffrey Korhonen.

Services will be Wednesday, June 1st, at 10:00 a.m., at Wiederspahn-Radomsky Chapel. Military honors and burial will follow at Cheyenne National Cemetery at 12:00 p.m.

Les enlisted in the United States Navy in 1965 and was honorably discharged in 1972 during which he served in the Vietnam war on the USS Enterprise. During his time in the service he received a wide range of honors and medals including the National Defense Service Medal, Vietnam Service Medal, Republic of Vietnam Campaign Medal, Armed Forces Expeditionary Medal (Korea), RVN Armed Forces Merit, Unit Citation (Gallantry Cross), Navy Unit Commendation and Good Conduct Medal.

Les served in many facets with Goodwill Industries including the Director of Retail Sales where he established new retail locations across Wyoming. An astute businessman, Les also pioneered several successful businesses including the local staple Cheyenne Stitch.

Les was a passionate communicator, starting every conversation with his signature “I look like more but I are Les.” Those who knew Les could always count on him to provide lots of advice and even more laughs.

At this time, no formal services will be held, although his family looks forward to a summer celebration in his honor where they will fill his house with stories, laughter and plenty of Les’s favorite foods.

In lieu of flowers please send donations to Dogs and Tags of Wyoming (https://dogsandtags.org/) and Wounded Warrior Project (https://www.woundedwarriorproject.org/donate).

He was born on October 6th, 1947, in Cresent, Oklahoma to Willie Swan and Opal Bufford.
James was retired from the railroad and a Vietnam Vet. He loved fishing and spending time with his family.

He is survived by his sons, James Swan, II, Johnathon Swan, and Wesley Swan.

James was preceded in death by Opal Bufford and Willie Swan.

Services will be held at a later date.