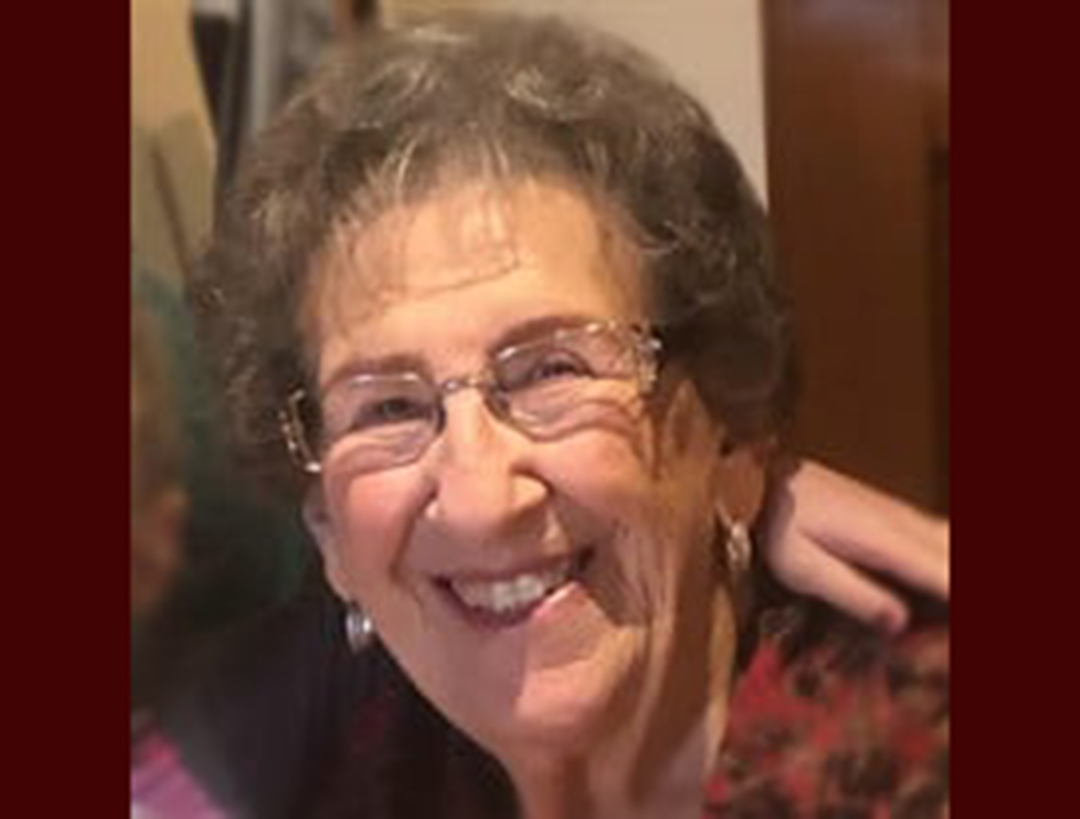 Mary enjoyed 20 years as an Air Force wife raising two children, William and Mary Kay. She lived in many places across the United States and abroad. After Bill’s retirement, they settled in Cheyenne, Wyoming where Mary lived most of her life on their ranch east of town. When she could no longer live alone, she moved to Wasilla, Alaska to be closer to her daughter.

Following Bill’s retirement from the Air Force, Mary worked for the Wyoming Department of Revenue. She also founded her own business called Flower Garden and Gifts. She sold Wyoming-made products for 40 years and was a frequent vendor at craft shows and bazaars in Cheyenne, Laramie, and Wheatland.

Mary was a member of Holy Family Church on Frances E. Warren Air Force Base and Saint Mary’s Cathedral in Cheyenne. She was active in many groups including Military Wives, State Employees Retirees, St. Mary’s Cathedral Guild, Vacation Club and Bishop’s Guild. She did volunteer work for Cheyenne Regional Medical Center, Cheyenne Civic Center, and Laramie County 4-H; to name just a few.

Mary is preceded in death by her husband William A. Kuschel. She is survived by her son Willy of Cheyenne, Wyoming and daughter and son-in-law, Mary Kay and Keith Wardlaw of Wasilla, Alaska. Mary also leaves behind two grandchildren Kendra and Kevin (Jessica) Wardlaw, and two great-grandchildren, Kadence and Charlie; all of Wasilla, Alaska.

In lieu of flowers, Mary requests donations to rebuild Saint Catherine of Sienna Church in Alaska. (Catholic Bishop of Northern Alaska, 1312 Peger Road, Fairbanks, AK 99709; dioceseoffairbanks.org). Following a mass at St. Mary’s Cathedral June 22, 2022 at 10:30 am, Mary will be laid to rest next to Bill at the Frances E. Warren AFB Cemetery.

John was born in St Louis to immigrant parents from the Catania region of Sicily. His mother died when he was a teenager and his father later. At age 16, John quit school, lied about his age and enlisted in the United States Navy, serving as a cook aboard the USS Wilkes with combat duty in the Pacific area of operations. Of particular note on this phase of his life, John never learned to swim, even though the training regimen included tossing him off the fantail of the ship. To the day he died, he couldn’t swim.

Following his stint in the Navy, John enlisted in the Army Air Corps (which later became the US Air Force) and was stationed in Texas where he met and married Fern. He was then assigned to Warren Air Force Base where he remained until leaving the service in 1953. After he left active duty, John entered the Wyoming Air National Guard, eventually retiring from there as an E-8 in the Maintenance Squadron. For the next few years, John moved from job to job, running restaurants, selling insurance, and sorting mail on trains. At the urging of Fern, he decided that he needed to get a college degree. He graduated with a Bachelor’s degree in elementary education from the University of Wyoming in 1964, and he taught fifth grade until 1987. John ultimately earned his Masters + 30 degree and was a greatly loved teacher.

Following his retirement from teaching, John continued to contribute to the community through volunteering. He and Fern could often be seen at the Warren AFB Pharmacy assisting there. John also taught the 55-Alive program, teaching safe driving skills to Seniors. John and Fern traveled the United States in their beloved motor home until he was nearly 90, a passion he continued to speak of until his death.

John was preceded in death by his wife of 67 years, Fern Hegler Sapienza in 2017.

In lieu of flowers, please consider a donation to Davis Hospice Center.

A Memorial Service will be Wednesday, June 22, at 2:00 p.m. at Wiederspahn-Radomsky Chapel.

She was born on January 29, 1938, in Flushing Queens, NY, to John and Gertrude Colvin.
Marge was a secretary, LPN Nurse for 35 years, seamstress, and faithful member of Homestead Baptist Church.

Margaret was preceded in death by her parents, John and Gertrude; siblings, Florence, Trudy, and Butch; and first-born grandchild, Hannah.

Evelynne was preceded in death by her parents, Orville Sandy and Agnes Vant Sandy.

In lieu of flowers, please make donations to the Cheyenne Botanical Gardens or the US Olympic Committee.