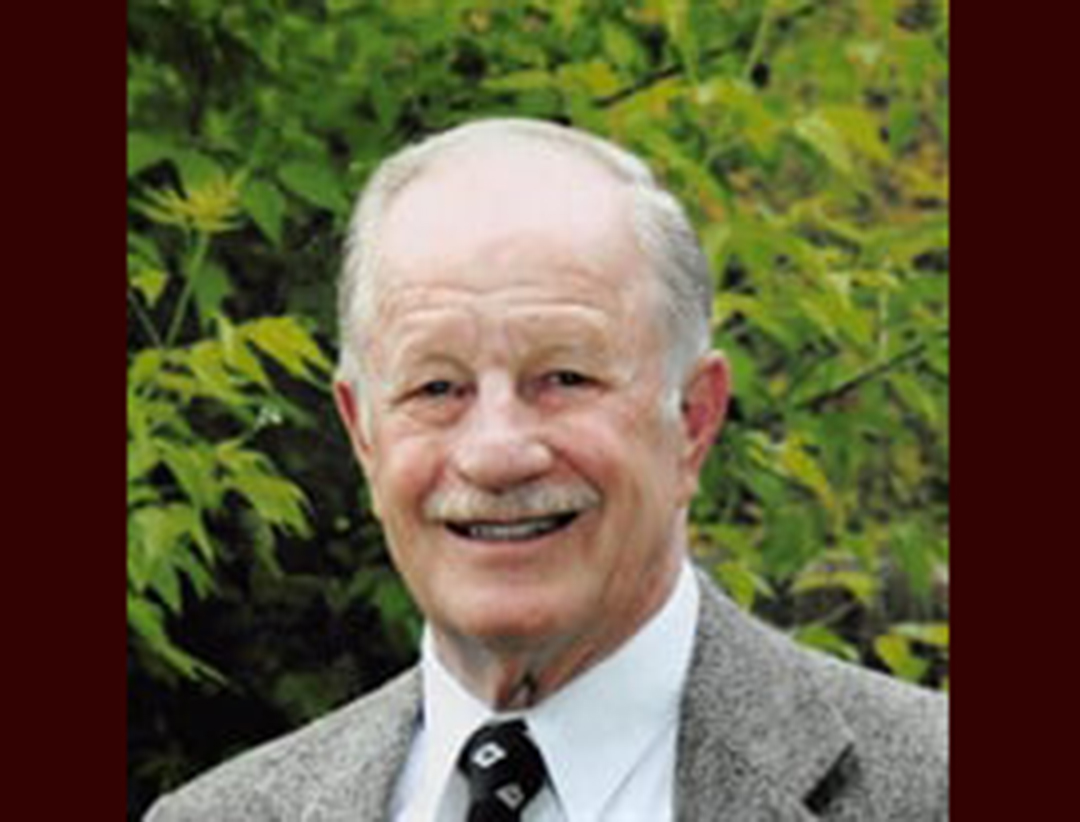 Lloyd Allen Eisenhauer, 91 of Cheyenne, Wyoming passed away peacefully on May 20, 2022, in Cheyenne.

He was born August 6, 1930, in Wallace, Nebraska, to William “Harry” and Truly (Padgett) Eisenhauer. He was the fourth oldest of seven boys: Don, Delbert, Bob, Tom, Howard and Loren.
In 1942 the Eisenhauer family moved from Wallace, NE to Pine Bluffs, WY where he graduated from Pine Bluffs high school in 1948.

At the age of 17, he and his older brother Bob both enlisted in the United States Marine Corp serving from 1948-1952 during the Korean War.

After serving in the USMC Lloyd owned a livestock business from 1952-1958. In 1958 he enrolled in college at the University of Wyoming earning his bachelor’s degree 1962. He was then hired by the Bureau of Land Management, most of his work focused on grazing management involving sheep, cattle, and wild horses.

On December 18, 1965, Lloyd and Irene Medina married in Rawlins, WY. They raised their family in Wyoming, New Mexico, and Colorado.

Lloyd returned to Cheyenne in 1982 and became the Head of Automation in BLM’s Cheyenne office. He retired in 1986, but stayed very involved in the issues of wild horse and livestock management on BLM lands in Wyoming.

After Irene’s passing in 2004, he married Betty Janicek in 2007 and was welcomed by her loving family.
Lloyd enjoyed family gatherings, camping, fishing, and hunting in the great outdoors.

He is survived by – his five children Rodney Eisenhauer, Tracy Martinez, Stephen “Kelly” and Melody Roberts, Mark Eisenhauer, and Marcy Eisenhauer; several grandchildren, great-grandchildren, and great-great grandchildren. His three brothers and sisters-in-laws, Tom and Mary Ann, Howard and Karin, Loren and Linda, and Jean Eisenhauer; as well as many nieces and nephews.

Services will be Saturday, June 25th, 10:00 a.m., at Wiederspahn-Radomsky Chapel.

Manuel Gonzales, 93, of Cheyenne, Wyoming, passed away peacefully on November 30, 2021, at Davis Hospice Center surrounded by his family.

Manuel was born on September 11, 1928, in Chacon, New Mexico to Jose and Beroniz Gonzales. He married the love of his life, Martha Abeyta, on April 16, 1960 in Rawlins, Wyoming.

One of Manuel’s proudest achievements was his education. He graduated from Menaul High School, a private college preparatory school in Albuquerque, New Mexico. He later received his Bachelor’s Degree in Education from the University of New Mexico and a Master’s Degree in Social Work from the University of Nebraska. In between his college years, he served two years in the United States Army during the Korean Conflict.

Manuel was the first Hispanic social worker hired in Laramie County for the Department of Welfare in 1960 and later moved on to work as the head of the Child Development Program for the State of Wyoming Department of Health and Social Services, retiring in 1987.

Manuel was a member of First United Methodist Church since 1977, a lifetime member of the Latin American Association, as well as the VFW Post #1881 and an avid pool player with the Valley Pool League well into his golden years.

He will be remembered as a modest, kind and compassionate person, not only to family and friends, but also by many in need in the community. He was particularly helpful with providing translation services from English to Spanish or vice versa.

Manuel was preceded in death by his parents; brothers, Levi and William; and sister, Mary Allie. He is survived by his wife, Martha; three children, Shirley Gonzales and Paul Gonzales of Cheyenne, and Susan Cook of Honolulu, Hawaii; grandchildren and great-grandchildren, Franco, Amber, Benjamin, Noa, Christos, Alyvia, Cooper, Moises and Mateyah.

A Celebration of Life will be held on June 25, 2022, at 2:00 p.m., at Wiederspahn-Radomsky Chapel with refreshments to follow at The Gathering Place, directly across the street.

In lieu of flowers, donations can be made to Davis Hospice Center in Cheyenne in his memory.

Donald L. Edgar, 94, passed away June 15, 2022 at Davis Hospice Center after a brief illness.
Don was born at home in Cheyenne on December 16, 1927 to Ernest and Merle (Hammans) Edgar. He attended Cheyenne High School prior to joining the U.S. Navy during his senior year in 1945. He met his beloved Virginia (Schmid) while square dancing. They were engaged one month later and married in December 1959.

Don retired from the General Services Administration in 1982 and promptly started his own fix-it business. Colorado (later Cheyenne) Aerotech decided it would be cheaper to hire him rather than keep contracting with him and he became their maintenance supervisor. A serious injury forced his permanent retirement in 1992. Don and Virginia retired to Battlement Mesa, Colorado, returning to Cheyenne in 2009.

Don was a walking, talking history of Cheyenne. Born just prior to the depression, he spent his teen years working at him mom’s diner, as a “pick-pocket’ at White House Cleaners, concessions at the local movie theater, skate assistant at the roller rink, a paperboy, and a call boy for UPRR. After discharging from the Navy, he helped at his Dad’s gas station and worked as a civilian electrician on FEWAFB before transferring to GSA.

Don was a proud Navy Vet, serving two tours. His first tour was spent primarily in the deserts of Arizona and California; the second tour was aboard the USS DesMoines, serving as part of the US post WWII peacekeeping mission in the Mediterranean and Atlantic Oceans. During this tour, Don had the honor of meeting and showing a movie to then Princess Elizabeth and Prince Philip, who toured the ship during their honeymoon.

Don was a jack-of-all-trades who frequently helped others with remodeling and repair projects on their homes. When his children were young he helped with Little League and the Boy Scouts and assisted with several PTA projects at Bain Elementary. He served as treasurer, Commander, and Past-Commander for three different VFW chapters and was active with the American Legion, Battlement Senior Citizens, his churches in Cheyenne and Battlement, and the Knights of Columbus. He was recognized as a nominee for Colorado Volunteer of the Year.