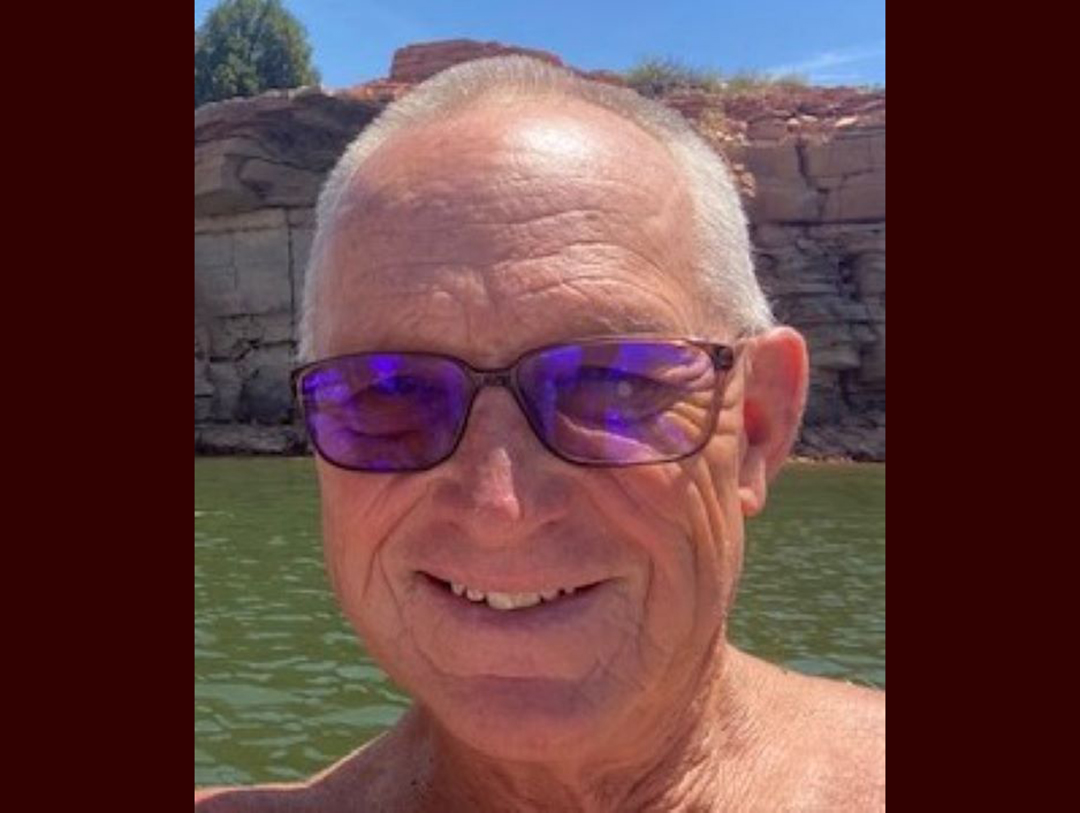 Al Weston, 68, of Cheyenne passed away July 25, 2022, in Cheyenne, Wyoming surrounded by his loving family.

Al had many passions in life; loved to meet people, collect almost everything, and always made sure everyone around him had fun. As a salesman for Pioneer Printing and Indoff, Inc for more than 45 years combined, he loved people and considered everyone he met, his friend.  As a renowned hat collector, he never passed on the opportunity to display the next hat he found or received. As the King of (scrounge it, fix it, and build it), Al never put himself first, but liked to see things happen and get done.  His infectious personality touched everyone around him.  Truly an amazing husband, father, grandfather, and friend.

He was born on January 15, 1954, in Cheyenne to Meredith “Skeet” and Dorothy “Dot” Weston.  He married Rosie Weaver on April 29, 1978, in Cheyenne.  He is survived by his wife and best friend, Rosie Weston of 43 years; children, Donald (Julia) Weston of Aurora, CO, and Deanna (Tracy) Lies of Cheyenne; grandchildren, Olivia, Ava, Ila, Brek, Bryce; sister, Gay Gustafson of Everywhere; and many nieces, nephews, and in-laws.  He was preceded in death by his parents.

Al and Rosie own and operate Al-Rose Auction and Realty, LLC, where Al’s passion for the auction business never had a problem keeping him busy.  When Al wasn’t working on Auctions, he was a snowbird in Lake Havasu City, AZ where he always found time to garage sale in search for the next hat.  With a busy life, Al still knew how to have fun.  He loved snowmobiling, waterskiing, motorcycling, golfing, hunting, pickleballing, bicycling and swimming.  One of his favorites was spending time with family and friends at his cabin in the mountains. For those that “saw” it; the cabin made him happy.

Al was a member of First United Methodist Church, Wyoming Auctioneers Association, Elks Lodge, and a former member of the Optimist Club.

Services will be at 10:00 a.m. Monday, August 8, 2022, at First United Methodist Church followed by interment in Mountain View Memorial Park.  A celebration of Al’s life will follow the interment at the Cheyenne Shrine Club.  In memory of Al and in lieu of flowers, please bring a ball cap, so we can tip a hat, celebrate his life and push him over the top of that world record.

Additionally, anyone who wishes may contribute to the Wyoming Auctioneers Association Scholarship Fund, 5 Dale Drive, Cody WY 82414 where all Wyoming graduating seniors can apply to be considered for a scholarship toward continued education.   Al loved children, especially all five of his grandchildren, and would want nothing more than to see the advancement of watching children grow.

Services are under the care of Schrader, Aragon and Jacoby Funeral Home and condolences may be offered at www.schradercares.com.

Donald “Don” 81 was born in Milliken, Colorado to Howard F. Hamilton Sr. and Ruth G. Leighton.
After his parents divorced Don, his mother and two brothers moved to Merino, Colorado where Ruth worked as a housekeeper. She met and married Cecil Nicholson and they had three children.

Don’s mother contracted polio which caused him to step in the roll of “chief cook and bottle washer” he was responsible for many of the day-to-day chores on the family farm.

Don attended all 12 grades of school in Merino where he met and became lifelong friends with the “Hutt Boys” Dick and Dennis. He graduated in 1959 and then attended Pueblo Junior College but decided that school was not for him, so he returned to Merino to help run the family farm.

In 1964 he went on a blind date and met the love of his life Linda McCracken. They married on August 20, 1965. After their honeymoon to the Rocky Mountains in Estes Park, Colorado they moved to Ft. Collins, Colorado while Linda attended and graduated nursing school. During that time Don worked at the Bar K Bi-Products rendering plant.

They then moved Sterling, Colorado for a few years and during that time Don became a volunteer sheriff’s deputy. He patrolled ball games and the local parks. One time he even got to chase a robber although he didn’t catch him he sure enjoyed the chase. Don and Linda moved to Ft. Collins, Colorado and then to Nunn, Colorado where they had their son, Shawn Hamilton, in 1968.

In 1991 Don started his own business with Pepperidge Farm Cookies and Crackers. His route was all of southeast WY, southwest NE and northeast CO. In the 10 years he ran the business he was able to increase the business by 100%. After thousands of miles and too many boxes of cookies and goldfish crackers to count and knowing he was going to miss his big yellow truck and all the friends he made along the way he decided in 2002 he needed to retire.

During his retirement years Don and Linda moved to Iowa and then to Nebraska to help care for their two youngest grandchildren. Don enjoyed working around the house, visiting with his neighbors and collecting trucks. His collection slowly grew to 800+ trucks over the years.

In 2019 Don and Linda decided to move back to Cheyenne to be closer to their son, grandchildren and great-grandchildren.

Don was a devoted and loving husband, father, grandfather and great-grandfather. He was always quick with a joke and had a million dollar smile. He would always respond “As fine as frog hair” when asked how he was doing. His grandchildren remember him as an adoring grandfather who didn’t hesitate to get down and play with them or how he would build them things, like stilts or ramps to keep them busy. A fond memory is how he took his Pepperidge Farm cookie boxes and duct tape and turned them all into robots. He was always there to lend an ear or help guide you through your problems with his wisdom and life experience.

Don is preceded in death by his parents and stepfather, Cecil Nicholson; his in-laws, Paul and Norine McCracken; brother’s, Robert, Harlan, Howard and Jerry; and his brothers in law, Leslie McCracken and Ronald McCracken.

Cremation has taken place and his ashes will be scattered in the Rocky Mountains, that he loved so much, with Linda at the appropriate time.