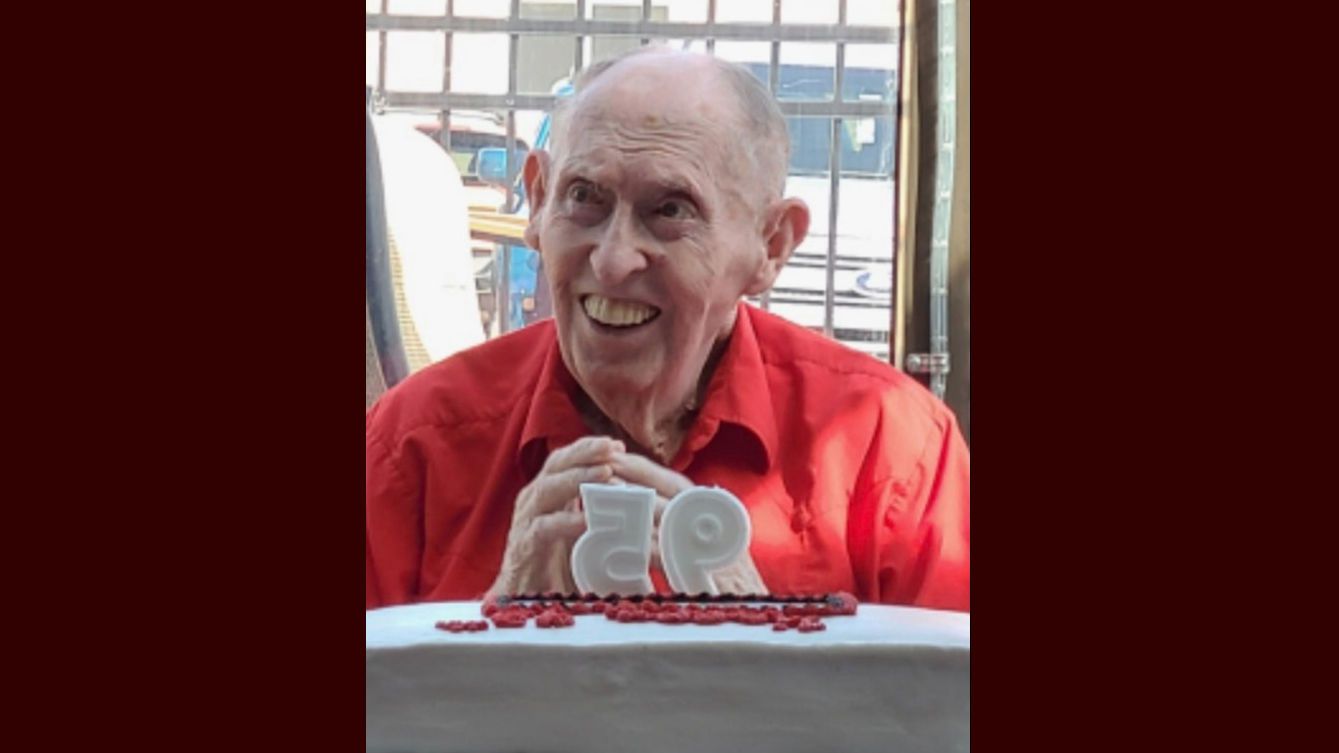 He was born March 19, 1927, to Floyd and Alice Lemaster in Albin. He was one of eight children. He devoted his life to farming and taking care of his mother.

Johnny and his younger brother, Gene, were inseparable. They started driving red International tractors when they were 12 and helped their dad on the farm their whole life. Johnny attended Albin School until the eighth grade. Johnny enjoyed being with his family and friends. After a long hard day, Johnny liked his happy hour. Johnny farmed for his dad, drove school bus for Albin and worked in potato fields in Albin for various farmer. He also hauled sugar beets.

A Vigil for Deceased will be 6 p.m. Sunday in the Lakeview Chapel at Schrader, Aragon and Jacoby Funeral Home. A Funeral Liturgy will be 11 a.m. Monday at St. Paul Catholic Church in Pine Bluffs, with the interment to follow in Olivet Cemetery at 2:30 p.m.

Joyce Yvonne Esch peacefully slipped away into our Lord’s arms on Nov. 10, 2022, surrounded by the love of all her family.

Joyce, 93, was born on Feb. 2, 1929, in Electra, Texas, to Wesley and Willie Whisenant. She was a proud Texan girl. In the summer of 1947, while Joyce was visiting her Aunt in Colorado Springs, Colorado, she met her husband, Charley Esch. After a two week courtship, Joyce and Charley married and were together for 65 years until Charley’s death in 2013. Together, they celebrated the birth of six children starting with twins born in 1948 in Colorado Springs and followed by four girls all born in Lake Charles, Louisiana.

Joyce was a homemaker until her 40s when she went back to school and graduated as a registered nurse. Her nursing career began in Colorado and continued in Cheyenne, Wyoming, for over 36 years. Throughout her nursing career, Joyce provided such sincere and compassionate care to everyone she helped.

Joyce had such a sweet soul and the love she had for her family was paramount. All she ever wanted was her children to be there for each other. Our Mom was everything to us, and more, and there’s no way we could ever quantify the importance she held and still holds in each of our lives. Oh, how we will miss her.

At the age of 93, Joyce is proceeded in death by many friends and relatives most notably by her parents, her step father Frank Bennett, her husband, two brothers, one sister, her aunt Grace Morris, a niece Dixie Leitner, and her beloved son, Michael Esch (2005).

Joyce’s family will celebrate their love and memories of their Mother at a later date.

A Navy veteran, Gary enjoyed reading, acting as a referee for his wrestling friends, target shooting, fantasy football, and spending time with friends.

He is survived by his parents, Calvin and Linda Clayton of Sheridan, Wyoming; his sisters Carmen and Debra; a son. Andrew; stepson, Patrick; girlfriend, Patti; and many other family and friends.

In lieu of flowers, donations to your local animal shelter are encouraged.

Mary Ann Godfrey, 94, of Cheyenne, passed away at Life Care Center of Cheyenne.

Although born in Casper, Mary Ann’s hometown would always be Lusk. It was in Lusk that Mary Ann Bradley, went to work as a “soda jerk” at a local drug store. This experience was the spark that lead Mary Ann to the University of Wyoming’s School of Pharmacy. Mary Ann was a member of the first graduating class from the UW pharmacy school and was the first female pharmacist to be licensed in Wyoming. While at UW, Mary Ann met Jim Godfrey. After they graduated, Jim joined the US Army, and was deployed to West Germany. Mary Ann and Jim were married and she was able to join him. The couple spent two years living in, and exploring Post WWII Europe.

Upon completion of Jim’s service, the couple returned to Cheyenne, and made a home. Jim became an educator, and Mary Ann pursued a pharmaceutical career. Over the course of her career, she was employed at Rodel’s, Bunten’s, Hoy’s, and Grand Central pharmacies. After Jim’s passing, Mary Ann retired, and enjoyed her family & friends.

She is survived by her son, Thomas (Sydney); grandchildren, Benjamin (Elisabeth) & Jacob; and great granddaughter, Zoe.

Cremation has taken place. As per her wishes no service will be held. Interment will be at Memorial Gardens. Next time you have a bite of chocolate, have a smile, and think of Mary Ann.

Tommy retired from Union Pacific railroad. He enjoyed fishing, spending time with family and friends, and the company of his beloved dog, Sandy.

He is survived by his wife, JoAnn; his sons, Tom Jr. (Salome) and Shane (Trudi); and a daughter, Jackie.
Tommy was preceded in death by his parents; and two sisters.