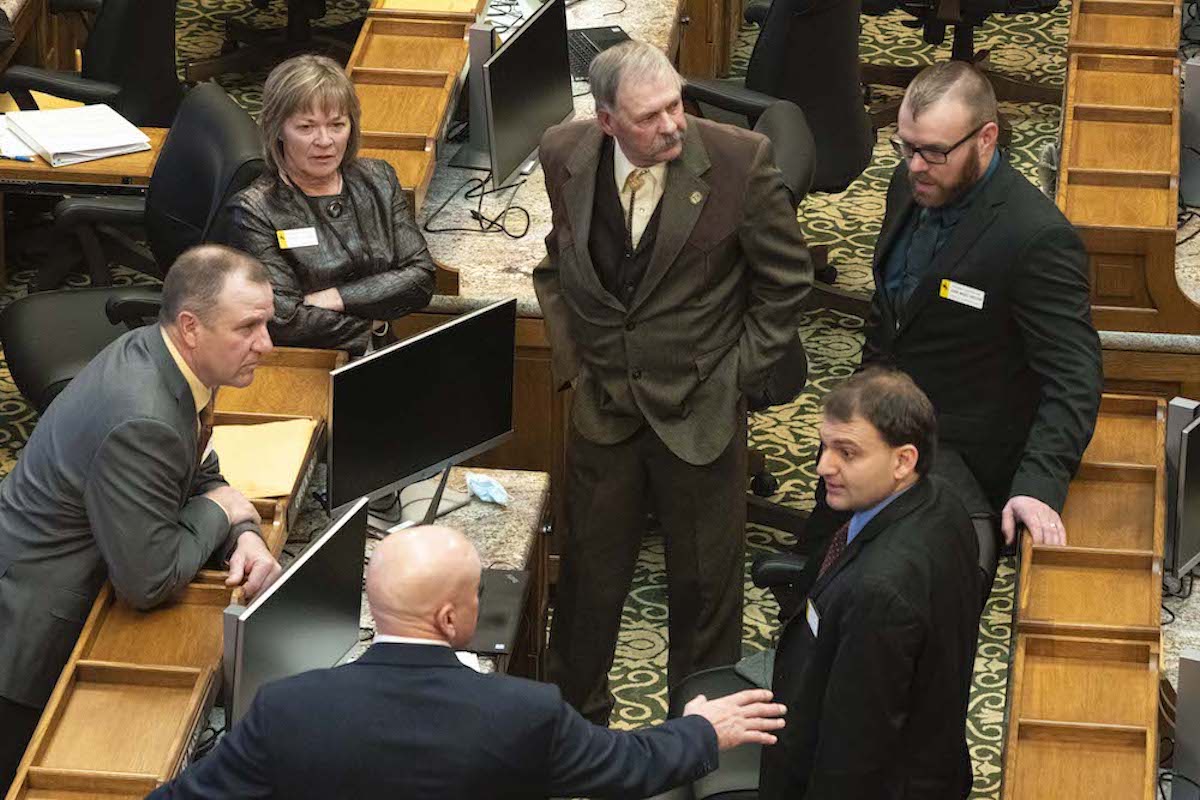 The Wyoming Senate voted 15-13 Friday to kill a bill fighting expected federal COVID-19 rules as the House advanced two heavily amended measures of its own.

Senators voted down Senate File 3-COVID-19 discriminatory practices, one of three COVID-related measures being worked by the Legislature, after considering 13 amendments and adopting seven. As originally written, the measure would have prohibited basing insurance rates, admission to public venues and access to other services on a person’s vaccination status.

The House, meantime, voted 38-20 to send the heavily amended House Bill 1-COVID-19 vaccine employer mandates to the Senate, which is expected to take up the matter Monday. Representatives considered 40 amendments to that bill, adopting 18 of them before the final vote.

Sponsors’ designed HB-1 to prohibit employers from requiring COVID-19 vaccination as a condition of employment, among other things.

The lower chamber also approved, on a 41 to 14 vote, House Bill 2-Federal COVID vaccine mandates-prohibition and remedies-2. That bill was written to ensure “protection of individual rights” and “prohibit […] the enforcement of federal COVID 19 vaccine mandates.”

Legislative leadership called the special session after polling members and finding a majority in favor of countering expected federal requirements regarding COVID-19 vaccinations.

President Joe Biden has called on the Occupational Safety and Health Administration to set test-or-jab standards for businesses with 100 or more employees. His COVID-19 Action Plan would have the Centers for Medicare & Medicaid require employees of institutions receiving federal aid under those programs to be vaccinated.

Even though neither federal agency has officially proposed rules, Wyoming lawmakers sought to take on the issue to protect what many said should be a personal choice — whether to get vaccinated. That choice should not jeopardize a person’s employment, liberties or access to services, numerous lawmakers maintained.

The Wyoming Department of Health reports 1,174 COVID-19 related deaths through Friday, a statistic that led others to support vaccinations as a way of protecting workers and the public in general.

All Democrats opposed holding a special session and voted against rules that sought to fast-track proposed legislation. Legislative rule-makers proposed a three-day session that would have considered bills on an expedited schedule, eliminating several steps requiring hearings and testimony.

Lawmakers voted down that approach and reverted to their regular protocol requiring that bills be referred to a committee where the public can provide comment and testimony then hold three votes on each chamber floor.

Lawmakers drafted 20 COVID-related measures for consideration, but have only actively considered three, one that was introduced in the Senate and two in the House.

In sometimes grueling and confusing procedures, the two chambers worked through their amendments before deciding on the fate of the bills.

A list of House members who voted for the House bills was not available by publication time.

Rep. Jerry Obermueller (R-Casper) said after all the amendments, HB-1 still didn’t measure up. “Why would we ask business people to understand and implement a government mandate in order to send a message that we don’t like government mandates?” he asked.

Rep. Bill Fortner (R-Gillette) also acknowledged shortcomings in HB-1 but urged its passage, saying the Senate could improve it. “I think everybody, without a doubt, knows that this bill isn’t a perfect bill,” he said. “It isn’t really even a good bill. But it’s a place to start.”

The Wyoming Department of Health provides COVID-19 case, variant, death, testing, hospital and vaccine data online. The department also shares information about how the data can be interpreted. COVID-19 safety recommendations are available from the CDC.