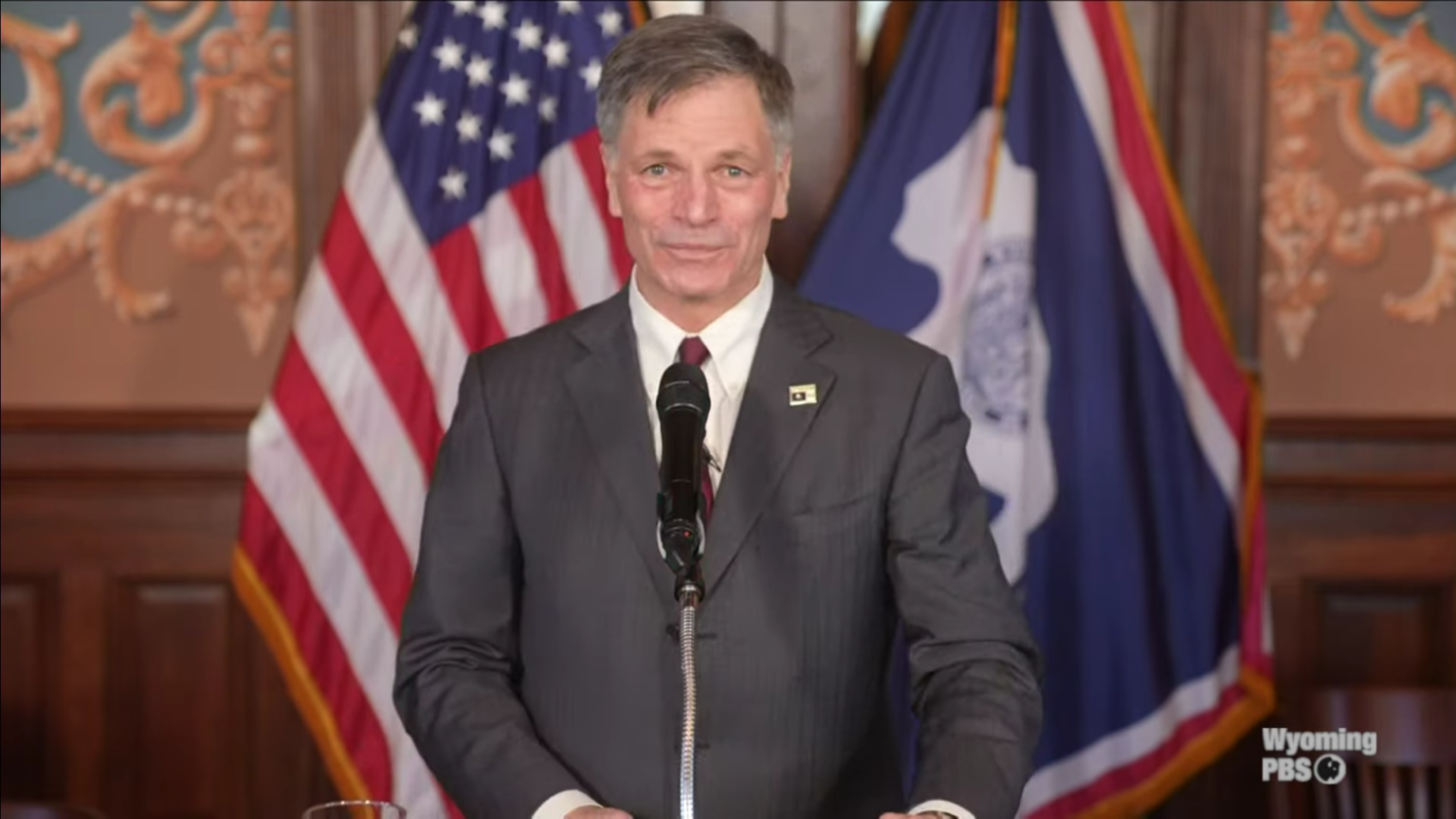 CHEYENNE, Wyo. — Gov. Mark Gordon has written the following Opinion piece focusing on the importance of uranium and critical minerals as they relate to energy independence.

After 15 months of ignoring a court order, the Biden Administration recently announced the long-overdue resumption of federal oil and gas lease sales — at a greatly reduced scale. With the available acreage significantly cut back and royalty rates hiked, it’s hard to see the move as anything other than a grand gesture to appease the critics who want more energy security and those who want fewer fossil fuels. A grand, but empty gesture that will offer few actual solutions to building up our domestic energy reserves, leaving us continually vulnerable to foreign suppliers — particularly our adversaries.

But for a moment, let’s forget about that. The energy crisis of tomorrow is already pacing in the wings of today and it is even more vital for us to get ahead. The stage has already been set. It’s the same old play, but this time featuring some new players. China with its critical minerals is in a starring role, with Russia and its uranium as the supporting actor. Right now, the United States is an extra in the background, but if we play it right, we can change that.

Reaching net-zero emissions globally by 2050 will require the United States to double-down on carbon capture and clean energy technologies that cannot exist without critical and rare earth elements. According to a report released last year by the International Energy Agency, a vehicle that runs on electricity requires more than two pounds of rare earth elements. An onshore wind development requires up to nine times more mineral resources than a fossil fuel-powered plant.

To put it simply, nothing comes for free. Not renewable energy, not nuclear energy, not fossil fuels. It has to come from somewhere.

The critical minerals that power renewable technologies — from electric vehicle batteries to wind turbines, to solar photo photovoltaic cells – are currently mined in very few places. According to the IEA three-quarters of these indispensable materials are coming from just three places in the world: South Africa, the Democratic Republic of the Congo and China. When factoring in processing and refining, China’s monopoly of the minerals global market becomes alarmingly stark. They process more than 60% of the world’s lithium and nickel, over 70% of cobalt, and as high as 90% of REEs.

Russia’s hold on uranium is just as concerning. As the most reliable carbon-free domestic energy source, nuclear power has the potential to play a hefty role in a decarbonized future. In a recent hearing on domestic critical mineral supply chains, the President of the Uranium Producers of America testified that “U.S. nuclear utilities purchase nearly half of the of the uranium they consume from state-owned entities in Russia, Kazakhstan, and Uzbekistan.” More than $1 billion is spent on nuclear fuel that goes through the Russian State Atomic Energy Corporation.

Despite our country’s abundant natural resources, there is only one active site mining rare earth minerals in the United States and almost no uranium production. This is not because of a lack of resources, but a lack of supply chain capacity and ability to convert these raw resources to functional commodities. There should be absolutely no reason for this blind dependency on China and Russia when we have the resources and capabilities to mine both critical minerals and uranium on American and Wyoming soil, and to partner with like-minded allies who also have plentiful resources.

While we are already dangerously behind our adversaries in this high-stakes game, domestic energy leaders, like the State of Wyoming, sit poised and ready to lead this charge. Wyoming is home to one of the highest-grade rare earth deposits in North America. We need additional investment, development, and federal support to move the needle from potential to delivered commodities. The School of Energy Resources at the University of Wyoming is currently studying the potential of REEs found in coal ash from the Powder River Basin.

The same holds with uranium. Wyoming has an estimated 250 million pounds in uranium reserves and has been the leading producer in the United States since 1995. With a new generation of advanced nuclear reactors being deployed — including one in Kemmerer, Wyoming — that require High-Assay Low-Enriched Uranium, a higher enriched uranium than what the United States currently produces, we must invest now in the infrastructure to ensure that the advanced reactor fuel cycle can be domestic.

As we grapple with the twin-headed monster of energy security and climate change, we must be strategic. Winston Churchill said, “When you destroy a free market, you create a black market.” Let us be honest and learn from our mistakes with domestic oil and gas production and move expeditiously to secure critical mineral and uranium mining, processing, and refining on our own shores. There will be no clean energy revolution without it. Wyoming’s energy producers are ready. President Biden, are you?