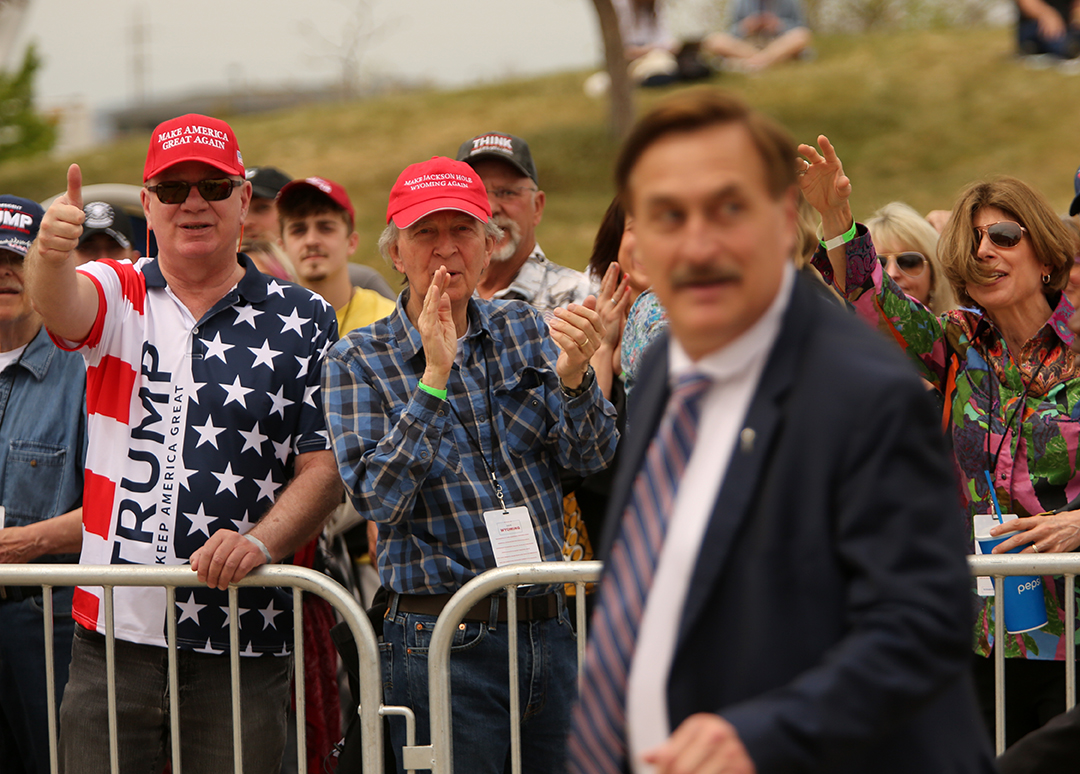 MyPillow CEO made false statements, Buchanan writes. As the state’s chief election official, he aims to dispel them.

Mike Lindell is not the purveyor of election integrity truth.

Lindell, peddler of pillows and promises, traveled to Wyoming in late May to speak in conjunction with a political rally. While here, he took it upon himself to allege publicly that widespread election fraud occurred in our fair state. He went on to declare that anyone who does not agree with him is a traitor to our country.

As the chief election officer for the State of Wyoming, it is important for me to ensure that each of you know that Mr. Lindell’s statement is false. Not only is the allegation he made untrue, it is designed to influence your opinion and obscure the truth. On behalf of Wyoming’s 23 county clerks,  and my office, I offer you the truth about Wyoming’s elections.

When Lindell began advertising his 2021 cybersecurity conference that would “prove” fraud across the country, my office reached out to his organization. We were eager to find out what evidence he held. Our goal was to become informed about any proof he had so that we could take action. Their response was simple. “If you want the information, you will have to attend the conference.” Think about that for a minute. If you had proof of a crime of Constitutional proportions, wouldn’t you be eager to share it with anyone who asked?

Unwilling to dismiss any allegation of fraud, we followed Mr. Lindell’s direction and I had my deputy secretary of state and my communications director attend the 72-hour conference virtually — watching the entire thing. There was no evidence presented. Of course, we did see during the conference, scrolling across the screen, that one could buy his products at a deep discount. We then reached out to Frank Speech, Mr. Lindell’s organization, several times to again request proof of his allegations. They provided us with nothing.

As of today, the only information we obtained from Mr. Lindell was unearthed by our own staff researching on his website. Each of his claims have been disproven by the work of my staff. Mr. Lindell’s “facts” include the following:

Lindell’s claim: Wyoming had Dominion voting equipment for the 2020 election.

Fact: In May of  2020, all counties received brand new election equipment with state of the art security. It was first used in the 2020 election and was not manufactured by Dominion.

Lindell’s claim: 20,000 votes were stolen from Donald Trump in Wyoming.

Fact: Graphics that we found on the Frank Speech website regarding election fraud in Wyoming are full of a myriad of numbers of flipped votes from 20,000, 11,222 and 22,444. He can’t even keep his own fraudulent  numbers straight. Even his own cyber-security experts have stated he has no credible evidence to support his claims.

Fact: The IP addresses provided on his website pointed to computers outside of Wyoming and were not the IP addresses of any county clerk in  Wyoming. Further, many of the dates of the alleged “interception” were after the election took place. All 23 county election totals were received by my office on election night and did not change when the State Canvassing Board met a week later and certified the results.

Lindell’s claim: Wyoming voting machines are connected to the internet.

Fact: The voting  equipment purchased in 2020 and used across the entire state contains neither hardware nor software to allow for internet access.

And finally, I offer each of you some of my own evidence that your vote was counted exactly as you cast it.

Fact: Wyoming voting equipment undergoes both a pre-election and a post-election audit. The 2020 results of the general election indicated 100% accuracy across the entire state.

Fact: In the 2020 election, President Trump won by 70% in Wyoming, which is consistent with historical trends we have seen in Wyoming with past presidential elections. The only candidate to receive a higher percentage of the vote was President Ronald Reagan, winning 73% of the vote in 1984.

Mike Lindell — the man with the “proof” — has never contacted my office directly or indirectly to share it. He has never provided anyone with a single piece of information indicating that Wyoming’s elections were tainted. When given a national stage to share his evidence, he simply resorted to calling me, and our county clerks, traitors. While that creates contemptuous pity for Mr. Lindell, I will simply respond with a quote by the great philosopher Socrates, “When the debate is lost, slander becomes the tool of the loser.”

No credible candidate for any office in Wyoming can say that Wyoming lacks election integrity. We consistently make improvements to our technology and processes to match the changes that time inevitably brings and will continue this practice to maintain that integrity.

Edward A. Buchanan is Wyoming’s secretary of state. Gov. Matt Mead appointed him to the position in March 1, 2018.

Cap City News publishes letters, cartoons and opinions as a public service. The content does not necessarily reflect the opinions of Oil City News or its employees. Letters to the editor can be submitted by following the link at our opinion section.