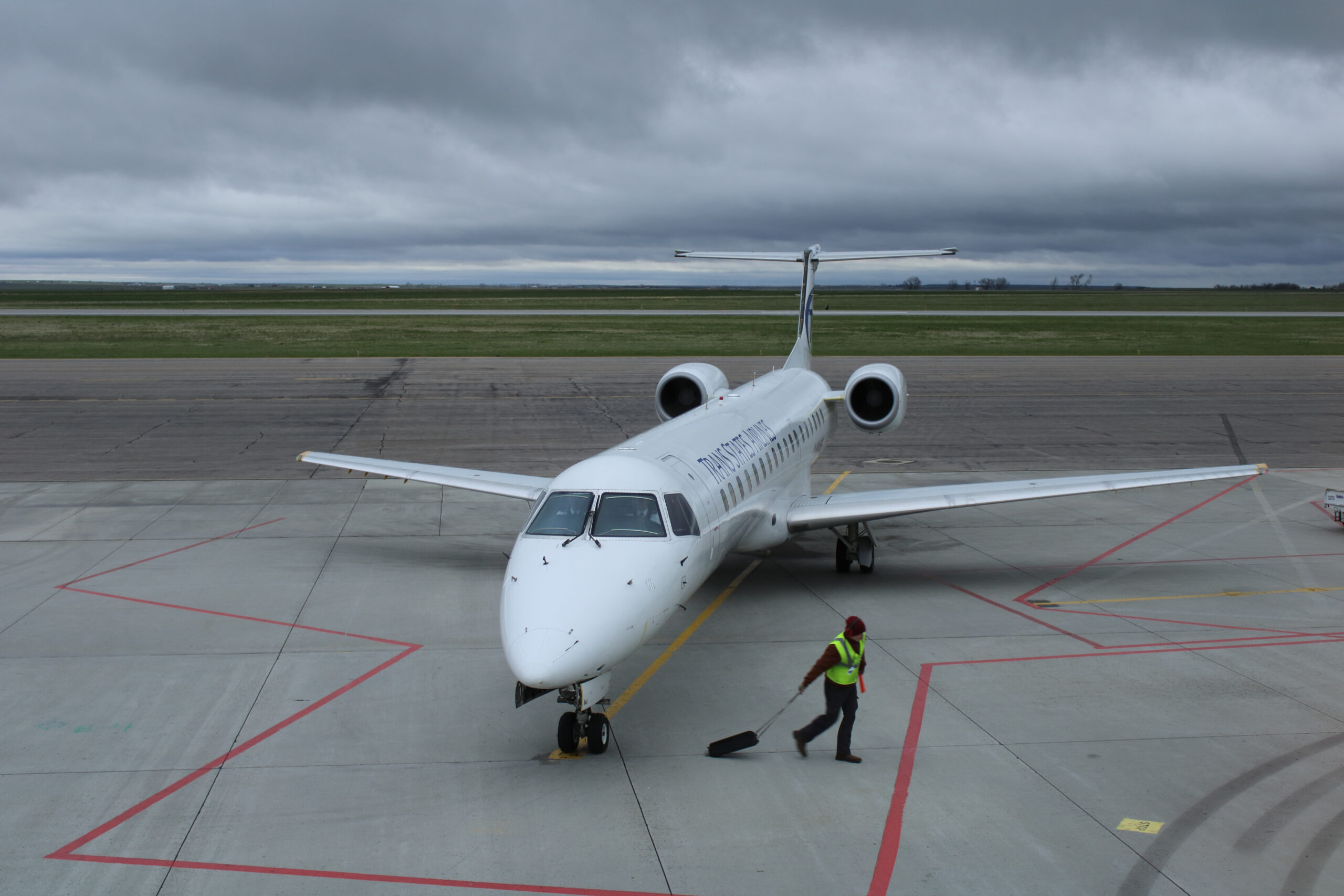 An airplane at the Casper/Natrona County International Airport in 2019. (Shutterstock)

“People and businesses in Wyoming rely on small rural airports, and I constantly hear from constituents about cancellations and delays plaguing rural air service, in large part due to a lack of pilots,” Lummis said in the press release. “Raising the mandatory retirement age to allow pilots to fly for an additional two years would mitigate some of these shortages and help restore rural air service, while ensuring we still have qualified and capable pilots manning our aircraft.”

The bill would require pilots over the age of 65 to maintain first-class medical certification, which must be renewed every six months. Air carriers would also be required to continue following pilot training and qualification programs approved by the Federal Aviation Administration, according to Lummis’s office.

“In 2007, the retirement age for pilots in the United States was raised from 60 to 65 after medical reports concluded age had an ‘insignificant impact’ on performance in the cockpit and there were safety precautions already in place to prevent accidents in case of incapacitation,” the press release said. “Nothing in this legislation changes current safety and proficiency procedures for commercial pilots. Pilots will continue to be held to an incredibly high standard to ensure passenger safety.”