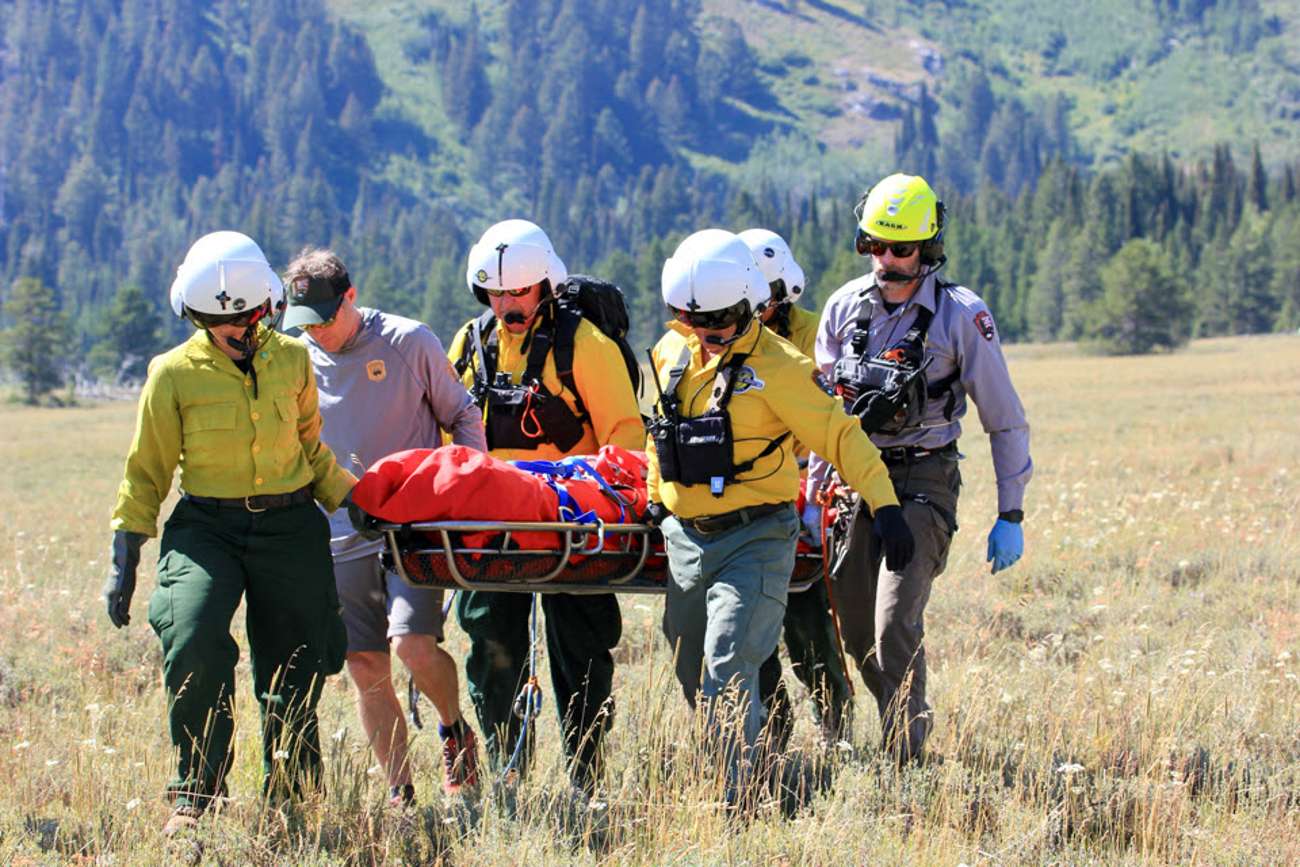 CHEYENNE, Wyo. — Rangers in Grand Teton National Park conducted three major search and rescue operations in less than 24 hours this week, helping one person who became disoriented and two who sustained injuries in the park.

At around 1:30 p.m. Monday, Teton Interagency Dispatch received a report of a 21-year-old female who had become disoriented at Surprise Park, the National Park Service said in a press release Thursday. Park rangers were flown in a Teton Interagency helicopter to a landing zone near the lake and approached the patient on foot.

“The patient was then transported via short-haul out of the backcountry to Lupine Meadows where she was transported via ambulance to St. John’s Health,” the press release said.

Then at around 3:30 p.m. Monday, the dispatch center received a report from someone saying their friend had hurt her back when jumping into Phelps Lake from what is known as “Jump Rock.” The 22-year-old female was unable to walk more than a few steps, the reporting party said.

“Park rangers were flown via the Teton Interagency helicopter to Phelps Lake to evaluate the patient,” the press release said. “The patient was then transported via short-haul to White Grass Ranch where she declined further medical transport.”

At 8 a.m. Tuesday, a climber reported that his climbing partner had taken a fall of several hundred feet without ropes and had a severe head injury and possible broken bones. The fall occurred on the traverse between Teewinot Mountain and Mount Owen, the press release said.

“Park rangers responded via the Teton Interagency helicopter and placed four rangers and rescue gear via helicopter short-haul to the accident site,” the press release said. “The patient, a 24-year-old male, was treated and flown to Lupine Meadows where an emergency physician, park ambulance crew, and air ambulance crew further stabilized him. The patient was then transported via Air Idaho Rescue to Eastern Idaho Regional Medical Center.”

August tends to be busy in terms of search and rescue operations as backcountry activity increases in Grand Teton, the NPS said. People are reminded to plan ahead when traveling in the backcountry, and the NPS added these recommendations in the press release:

• Set a reasonable objective based on your group’s experience. When planning a hike or climb, make sure it is well within the abilities of your least experienced group member.

Know the weather forecast and be prepared for rain, snow, ice, and cold. Temperatures and precipitation patterns can change rapidly in the high elevations of the Tetons.

• Pay special attention when descending and moving across slippery surfaces. Most mountain accidents occur on the descent.

• Don’t be afraid to turn around. “Summit fever” can be the greatest hazard of all.

• Always tell a friend or family member your route, and when you intend to return.

• Be prepared to care for yourself or your partner in case of an injury and carry the equipment, food and water necessary to stay out longer than you expect.

“Visit the park website at www.nps.gov/grte to learn more about the park and your planned activity before heading out,” the NPS said.