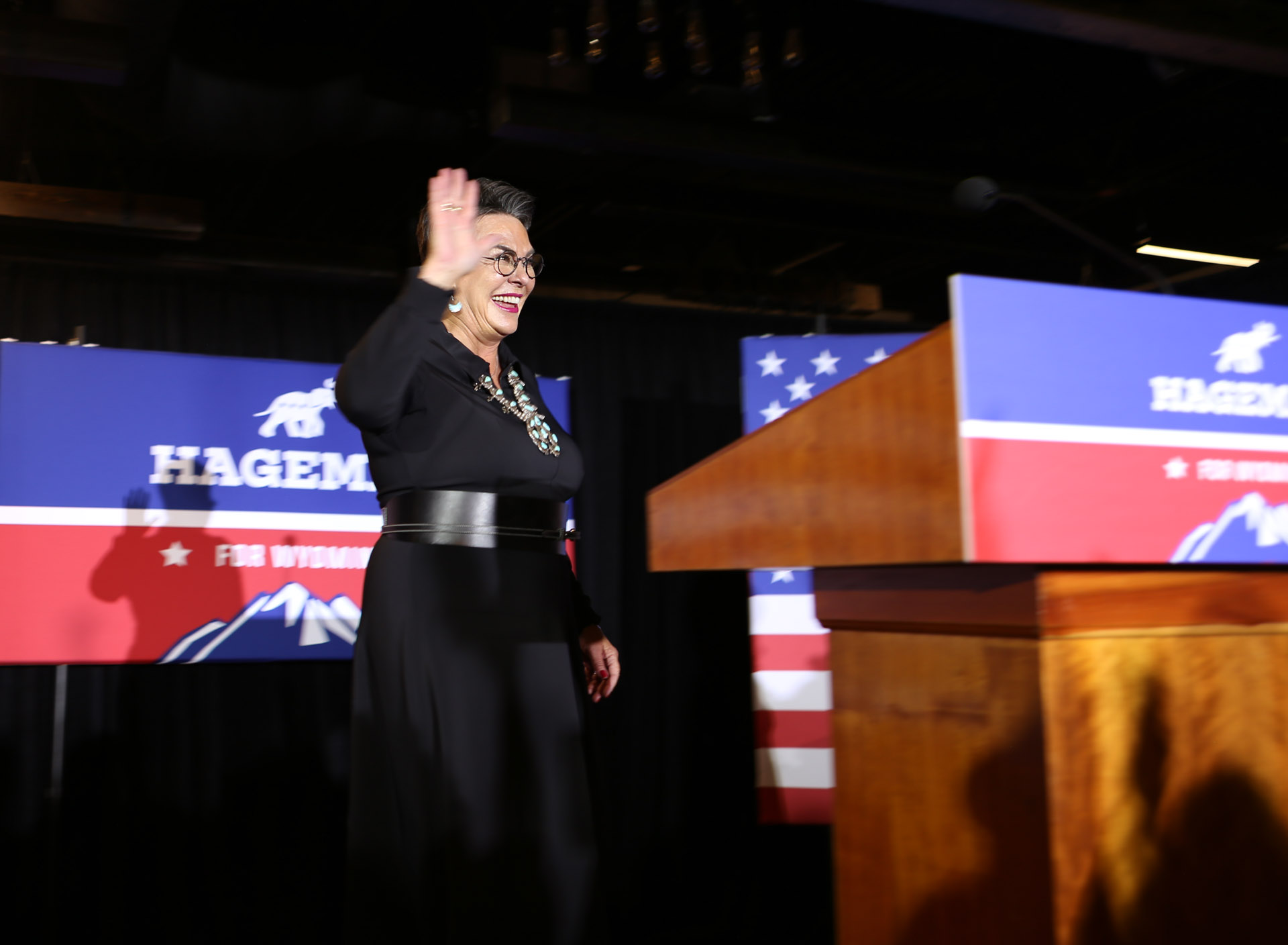 Harriet Hageman greets supporters after her win over Liz Cheney at the Primary Night Celebration at the Cheyenne Frontier Days Event Center on Tuesday in Cheyenne. (Lisa Hushbeck/Cap City News)

CASPER, Wyo. — Republican Harriet Hageman will be Wyoming’s next representative in the U.S. House of Representatives after winning the 2022 General Election.

Hageman, an attorney who was raised on a ranch near Fort Laramie, secured the endorsement of former President Donald Trump ahead of the Republican Primary election. Hageman defeated incumbent Rep. Liz. Cheney in the primary with 65.7% of the vote to Cheney’s 28.7%.

In the aftermath of the events of Jan. 6, 2021 Cheney has been a vocal critic of Trump, serving as the lone Republican on the House Select Committee investigating the attacks on the U.S. Capitol. In the 2020 Presidential Election, Trump secured 69.5% of the vote in Wyoming.

The unofficial results of the 2022 General Election race for Wyoming’s lone seat in the U.S. House were as follows, according to the Secretary of State’s Office: