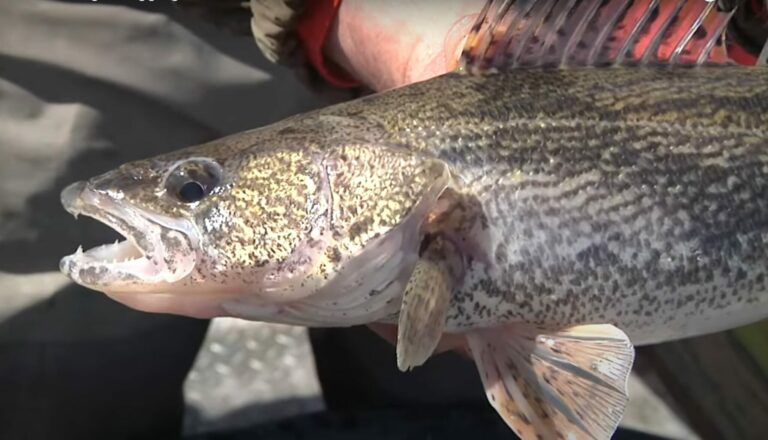 GILLETTE, Wyo. — A continued effort to return a close relative of the walleye to an eastern Wyoming fishery is underway, according to the Wyoming Game and Fish Department.

Anglers trying their luck at Glendo Reservoir in pursuit of walleye should pay close attention to their catches, as some of those fish may not be walleye at all and may instead be a close familial relation known as sauger.

While they may look like walleye at first glance, sauger are generally smaller and thinner with spotted or dark spined dorsal fins and dark, mottled coloration on their scales, per Game and Fish.

Once a native species to the North Platte River system, the sauger population in eastern Wyoming was eradicated in the mid-1940s, according to Game and Fish. A reintroduction program for the species was started upstream of Glendo in 2017.

Since 2017, Game and Fish has stocked nearly a million fry and fingerling sauger in the North Platte River.

Recent tracking efforts, which consist of attaching radio tags to captured fish that are then released, have mainly put to rest concerns that a low dam, or weir, spanning the North Platte River near Orin Junction is inhibiting the species’ ability to migrate, though some concern remains.

“Their ability to pass the weir is dependent on river discharge, so we expect that at some flows it will be easier than [at] others,” according to Nick Hogberg, Game and Fish fisheries biologist in the Casper Region. “As long as there are flows in the spring that allow them to pass the weir, they will probably be able to migrate as far as they want because the next barrier is a lot farther upstream.

Bringing sauger back to the system will diversify the Glendo fishery, Hogberg continued, adding that the species is susceptible to a lot of the same fishing techniques as walleye.

“We’ve already seen anglers catching them and hope that will continue into the future as they become established and hopefully sustain themselves,” Hogberg said.

Additionally, though they may look similar, sauger and walleye have very different harvest limits and regulations.

As of 2022, the creel limit on sauger is two fish per day or in possession, per Game and Fish, while the limit on walleye is six.