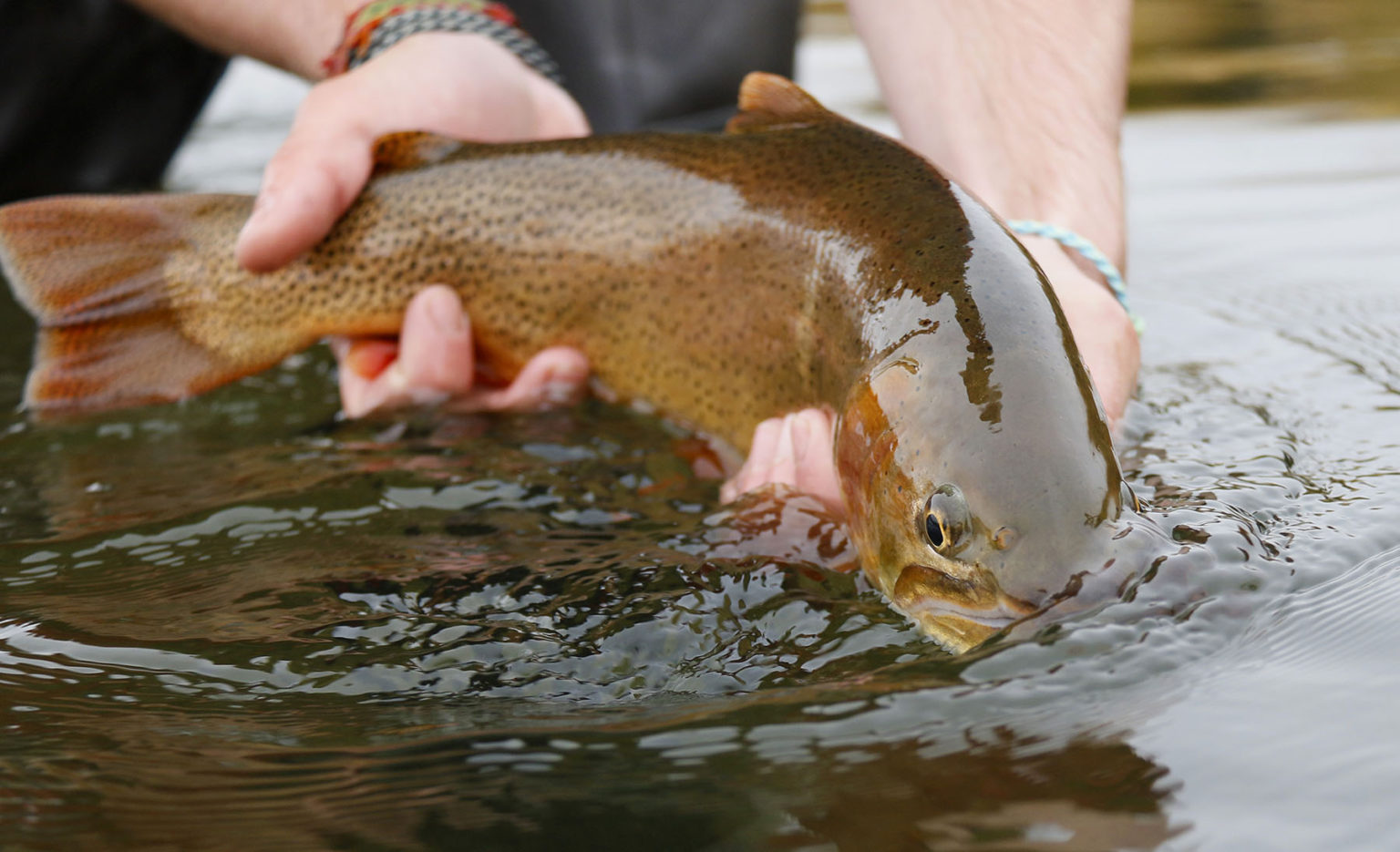 CASPER, Wyo. — The Wyoming Game and Fish Department said Monday it is asking anglers to adjust their practices to help protect fish from the heat during the hottest stretch of summer.

“It’s that time of year when the temperatures are high and water flows are low. Together, that can cause water temperatures to get high enough to be lethal to trout,” Alan Osterland, Game and Fish’s fish division chief, said. “Warm water also holds less oxygen, which can stress not only trout, but also all fish.”

Trout can die after prolonged exposure to water above 75 degrees, according to Game and Fish. Brief exposure to temperatures above 80 degrees can be lethal to trout.

“Fish stress quicker in low-oxygen warm water, which greatly hampers a fish’s ability to recover from the rigors of being caught,” Game and Fish said. “However, as water temperature approaches 70 degrees the chance for any fish species to survive being caught and released is reduced.”

Game and Fish encouraged catch-and-release anglers to consider the following:

• Fish early in the morning while the water temperature is cooler.

• Carry a pocket thermometer to monitor the water temperature.

• If the water temperature is at or above 65 degrees, consider keeping what you catch within the regulations. If the temperature is 70 degrees or higher, do not attempt to catch and release fish.

• As water temperature increases, using the proper techniques to catch and release a fish become increasingly more important to help ensure the fish has a chance to survive:

• Play and land fish as rapidly as possible to reduce exhaustion stress.

• Keep the fish in the water as much as possible.

• Do not squeeze the fish or place fingers in the gills.

• Remove the hook gently. If hooked deeply, cut the leader.

• Flies and lures are recommended whenever many fish are being caught and released.

• If a fish is exhausted and cannot hold itself upright, and if regulations allow, consider having it for supper because the fish has a poor chance of surviving.

Osterland noted that Game and Fish was not announcing new regulations but rather recommendations to help conserve fish.

“If water temperatures are too high, consider escaping the heat with a trip to another top-notch high country fishery where it’s cooler,” the department said.