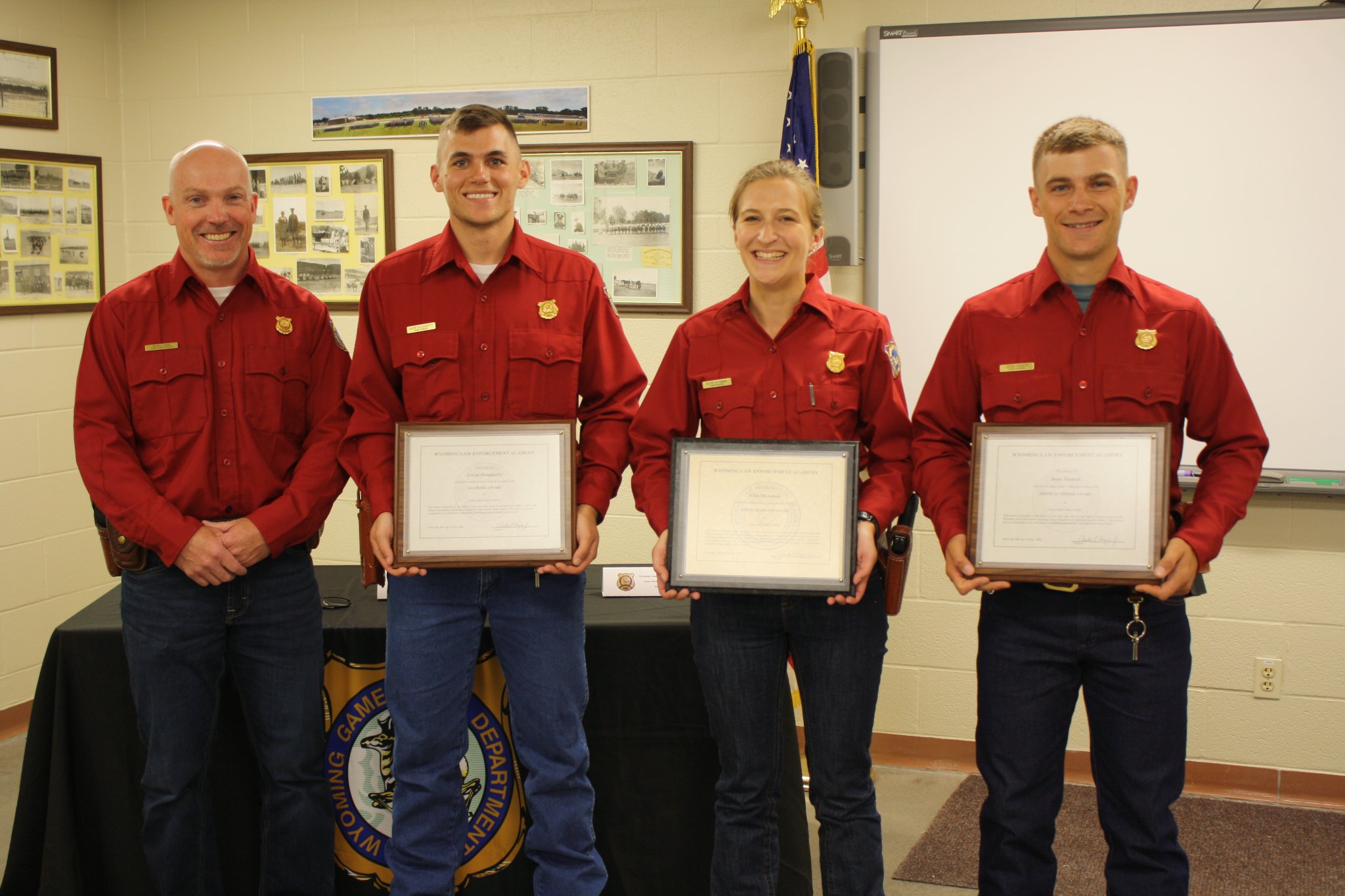 CHEYENNE, Wyo. — The Wyoming Game and Fish Department welcomed three new game wardens, all of which were recognized for their performance at the Wyoming Law Enforcement Academy Peace Officer Basic Course in Douglas.

These wardens — Elise Huysman, Gavin Dougherty, and Jesse Niemeir — graduated from the academy on July 28 after the 14-week course.

Huysman received the Honor Graduate award, the highest award bestowed on an officer while attending the Peace Officer Basic Course. Dougherty was recognized for his firearms proficiency, and was one of four students nominated for the Honor Graduate award. Dougherty also received the top academic award for achieving the highest cumulative score on all written examinations given during the course. Finally, Niemeir was given the physical fitness award for earning the highest cumulative score on the final fitness assessment.

In a release from Game and Fish, Chief Game Warden Rick King said, “Elise, Gavin and Jesse’s performance at the academy is commendable. We’re proud to have them join the department’s wildlife law enforcement team. These are the caliber of folks who we strive to recruit to Game and Fish to serve the public and protect Wyoming’s wildlife.”