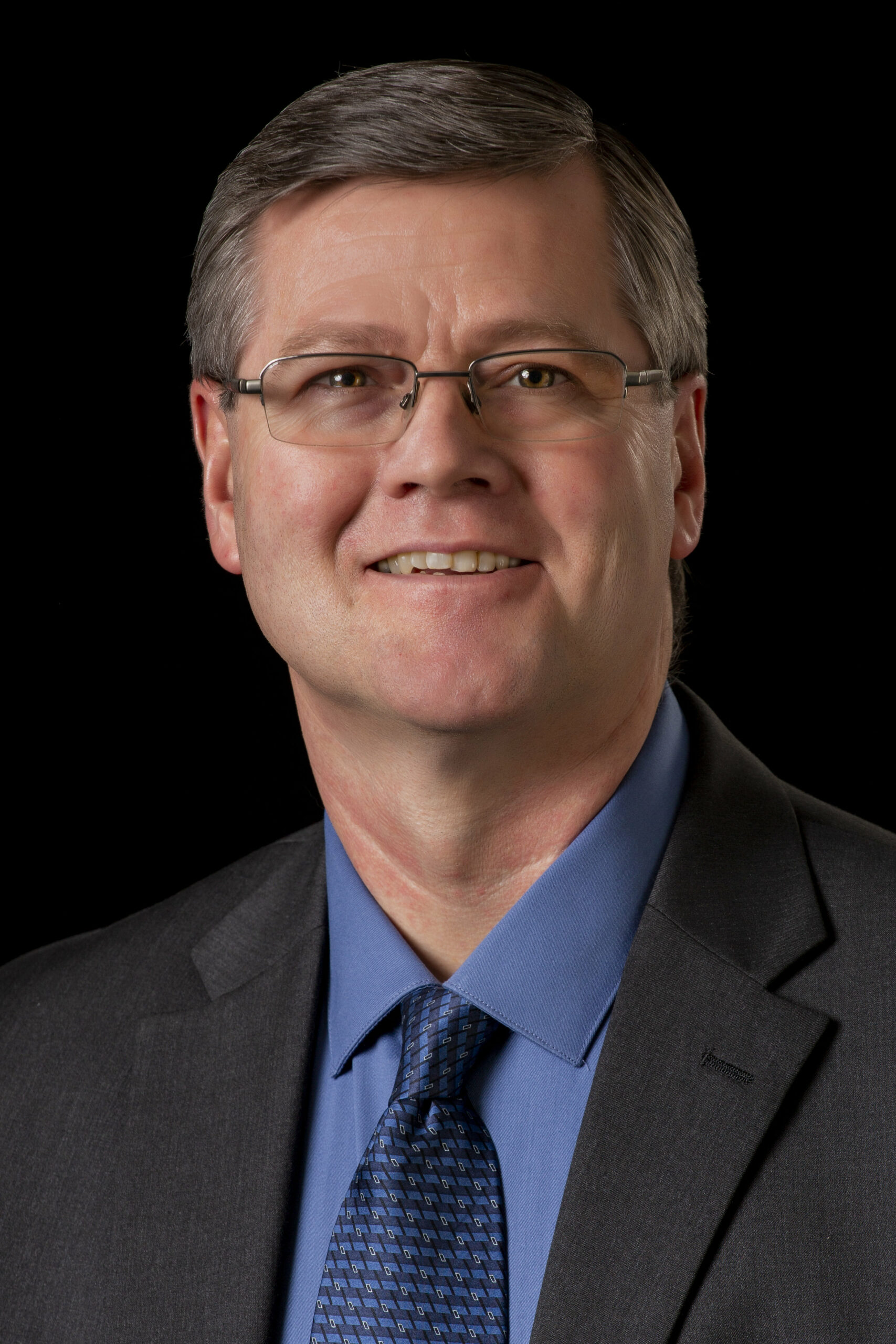 CHEYENNE, Wyo. — Cap City News has sent out a questionnaire to those running in the primary election in August. The following are the answers from Don Hollingshead, who is running for Laramie County Sheriff. Answers are edited only for clarity and style.

My name is Don Hollingshead. I was born and raised in Laramie County and have lived here all of my life. I am a Christian and have been married to my wonderful wife, Sue, for 34 years. I have two amazing children and five beautiful grandchildren. I have worked for the Laramie County Sheriff’s Department for 27 years and my hobbies include spending time with my family, woodworking, gardening and fishing.

I am running for sheriff because of my deep love for this agency and the community that we serve and protect. I made the decision to run for Laramie County Sheriff more than a decade ago and have worked to hone the skills necessary to lead both the detention and patrol divisions.

First and foremost, my goal is to ensure public safety for the citizens of Laramie County as well as enhance the work–home life of the staff who are the lifeblood of the agency. There are many department-wide changes that I plan to make once in office, but a great many of them I have already enacted while serving as the Detention Captain in the jail.

1. Creation of a mental health unit within the facility, the first specialized housing unit of this type in the state of Wyoming within a county jail.

2. The jail is going paperless with the introduction of the GUARDIAN RFID inmate tracking and documentation system. The system will also enhance accountability and security within the facility.

3. While in the jail, each inmate will soon be issued a specialized and secure computer tablet to use during their incarceration which will give them access to books, movies, music, law library usage, grievance and request forms, GED study access, video visitation and a number of other features. The tablets, which are used in numerous correctional facilities across the country, were purchased with zero cost to the county. They will not only assist in maintaining the mental health and wellness of the inmates secured in their cells by giving them something additional to do, but they will also assist the staff in maintaining better order in the facility. Letters, books and pictures, which clutter the cells, are an issue when deputies conduct searches; soon all these items will be digitized so there will be less opportunity for contraband to be smuggled into the jail.

These are just some of the enhancements that have been made since I took over as captain of the jail. Once I am elected as sheriff, I will utilize the same forward thinking to make positive changes in the patrol side such as:

1. Work with the commissioners to bring up the pay for all sworn and non-sworn staff so that the agency can compete with other area agencies to attract enough quality applicants to fill the open positions. These conversations, which also included meetings with the HR Director and the County Finance Director, have been ongoing since January and I have been given assurances that significant raises are forthcoming in July. I was able to supply them with the necessary information to make sound decisions on this critical issue.

2. Once the pay issue is addressed, my plan is to aggressively market this agency and the positions available through the use of social media, continued nationwide advertising and the creation of a recruitment video. The video is currently in production and was created with assistance of the staff and students of the Laramie County Community College. Even with the raises and marketing, it will take a few years to get the manning issue under control as fewer people are choosing law enforcement as a career due to all of the negative press law enforcement is receiving across the country from the media.

3. Increase the rural coverage by expanding the number of deputies patrolling these areas as this is where the population growth is taking place.

5. Continue working towards getting all patrol deputies CIT (Crisis Intervention Team) certified. This program is an innovative, community-based approach to improve the outcomes of encounters between law enforcement and those with mental illness.

The jail enhancements are either in the final stages of completion or have already been implemented. Pay adjustments talks with the commissioners for civilian and sworn staff are in progress and will go into effect July 1. This will allow the sheriff’s department to be competitive with the other area agencies and give us the ability to attract more qualified applicants to fill the open positions. The CIT training is ongoing and is for both detention and patrol deputies; my goal is to have at least 80% of the staff trained in this vital skill. As stated above, we are in the process of overhauling our UOF policy and enacting a use of force review board.

I have worked for the Laramie County Sheriff’s Department for 27 years. During that time, I have worked in almost every area within the organization and if elected, I will be the first sheriff in the modern history of the organization to have a working knowledge of both the patrol and detentions divisions. I have firsthand knowledge of the budgets in both divisions, and because of my hands-on leadership style I have direct working knowledge on how each division operates. I have a very good working relationship with all of the County Commissioners as well as the current Police Chief, Emergency Management Director, County Coroner, County Health Department Director and Wyoming Department of Victim Services Director, just to name a few. These partnerships have been fostered over many years and have developed into mutual trust and understanding that aids in serving the public more effectively.

Yes, I do. As the Captain of the detention facility, I have been directly responsible for the administration of the over $18 million dollar budget of the jail which accounts for approximately three quarters of the Sheriff’s Department’s $25 million yearly budget. I have also been involved in and responsible for the budget of the operations division while assigned to that area. Having fiscal knowledge in both the operations and patrol divisions of the Sheriff’s Department makes me uniquely qualified to ensure County funds are appropriately spent to ensure the most benefit to the county residents.

All public meetings should be open and transparent as outlined in state statute. Any deviation from this mandate should be looked into and corrected as necessary. As for my administration, I plan to bring back public meetings in the various communities within the county to ensure their expectations are being met and to ensure transparency. I have always had an open door policy with both staff and members of the public. Should I be elected sheriff, I will continue this practice as well as attend the various town meetings as my schedule allows.

Yes, I do. I have worked with this sheriff personally for my entire career and as a member of the command staff in this administration for over a decade. We as an agency have been and will continue to be open and honest with the public. I do plan on being more accessible to the public should I be elected as sheriff, spending time in the rural communities to ensure they understand that they are a priority. With the growth the county is experiencing and no sign of it slowing down, it is more important than ever to maintain an active and personal role in the communities we serve, attending town council meetings as often as my schedule will allow and share with them what we as an agency are doing and to answer any questions they may have.

I would ask for a more detailed explanation during the meeting, and if one was not available, I would table discussion on that topic until more information was able to be presented. I would also follow up after the meeting to ensure that I had a proper grasp of the question and ensure the information is available before the issue is discussed again.

As the Jail Captain and candidate seeking the office of sheriff, I am already affecting changes to policy within the organization. Most of the solutions I have discussed are well on their way to completion. We are currently overhauling our UOF (Use of Force) policy and enacting a use of force review board. We are also looking at implementing a system, such as DDACTS (data-driven approaches to crime and traffic safety) that will use real-time crime data to direct patrol resources.

I do not believe that marijuana should be legalized as I have seen over my nearly three decades of working in the law enforcement profession how destructive it is to the lives and minds of those who partake in it. However, if marijuana is decriminalized, I would direct all sworn staff of the department to follow any and all changes to the laws passed by the state legislature on this issue.