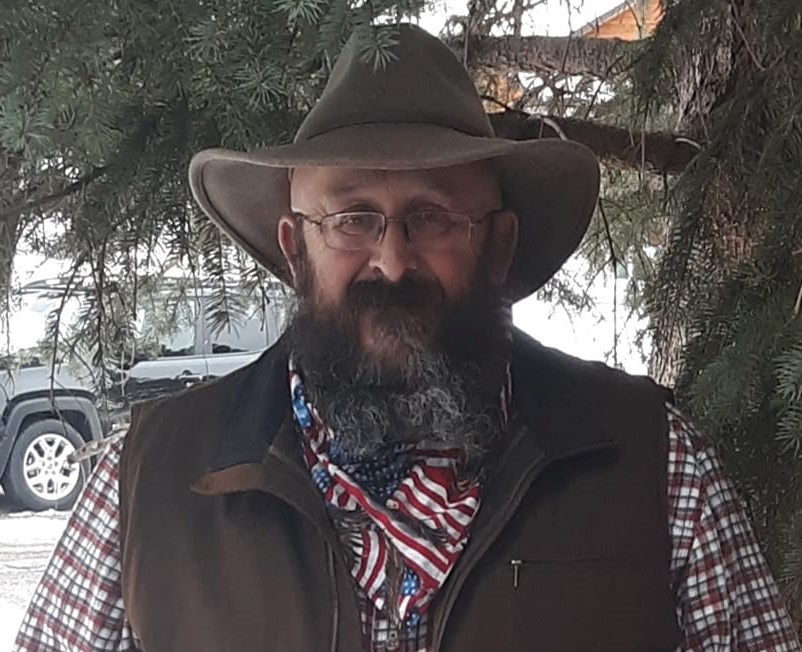 (Photo from the Don Odom Campaign)

CHEYENNE, Wyo. — Cap City News has sent out a questionnaire to those running in the primary election in August. The following are the answers from Don Odom, who is running for House District 61. Answers are edited only for clarity and style.

Don Odom. I was born in a military family in Portsmouth, Virginia, but I call Andalusia, Alabama, my hometown as I lived there from the age of 9 until adulthood. I came to Wyoming to work in 2014. I came here to stay in 2017 at the age of 54 and will never live anywhere else. I am currently a professional truck driver for an oilfield services company. I have worked in fast food, farm work, factories, other jobs, and my own home repair business in the past. I have been a truck driver for over 25 years. My hobbies are reading, hiking, camping, fishing, hunting, and “history nerding” (visiting historical sites, old homesteads, etc.).

2. Why have you decided to run for office and what do you hope to accomplish should you be elected?

I have considered running for office since being involved in a tea party group in Alabama 2009–2012. I didn’t really get serious about it, because I wondered, “Who is going to take a truck driver seriously in politics?”

As I got more politically involved in Wyoming, I discovered many Republicans didn’t seem to be as conservative as they claimed. Then a truck driver beat a powerful state senator last year in New Jersey. I was considering a run against my incumbent representative until the district lines were redrawn and I wound up in a new district with no incumbent. I decided then to run so there would be at least one true conservative in the race. I voted for Ronald Reagan with my first vote in 1980 when my whole family were Democrats. I’ve been voting for conservatives ever since. I’ve been disappointed more than once, because I believe everyone should “say what you mean and mean what you say.” Sadly, too many elected officials say what they think you want to hear but will change their position in a heartbeat if their power or chance of reelection are threatened.

If elected, I hope to be an example to other citizens that normally would not run for office. Having calloused hands and a blue-collar job doesn’t make you less intelligent than someone with a college degree. In many cases, the blue-collar worker has a better view of economic reality for example than a white-collar worker sitting in a cubicle all day. We need both types of workers and others as well without stigmatizing any segment of the workforce when it comes to intelligence or political savvy.

I also have several issues I am interested in regarding the improvement of life in Wyoming.

I want to see property tax reform accomplished so that lower-income and older citizens that own property aren’t priced out of ownership by taxes. I believe there is no excuse for this not being done with a Republican super majority and the GOP platform which includes keeping taxes low.

I support legislation allowing only biologically born girls to compete against girls in sports.

I support standing up legislatively against unconstitutional overreach by the federal government whether it originates with the President or U.S. Congress. Mandates are unconstitutional and have no place in Wyoming or the USA. There should be absolutely no more infringement on our 2nd amendment rights. Criminals and the mentally disturbed are not concerned with new gun laws. Strengthening school security, allowing teachers that desire to carry that have been properly trained, and eliminating gun-free zones would do more to stop mass shootings than laws designed to pander to those who are generally ignorant about firearms and the Constitution.

3. How do you plan on accomplishing your goals?

By working with my fellow legislators to create bills worthy of becoming law and not backing down for political reasons if my position becomes controversial. I believe that if two people always agree, then one isn’t thinking for himself….so there will be disagreements…I believe in disagreeing agreeably if at all possible.

4. What experience do you have that qualifies you for the office you are seeking?

I am an intelligent American and Wyomingite with a passion to serve We The People. I read and listen, and I’m willing to consult others when I need more knowledge about an issue.

5. Do you feel you could be a good steward with taxpayer dollars? Why or why not?

Yes. I know what it’s like to struggle financially while watching politicians live like fat cats and spend taxpayer money like it’s growing on trees. I want to be known as a frugal tightwad when it comes to government spending.

6. On the issue of transparency, where do you stand on ensuring all public business is conducted openly and in a manner that encourages public attendance?

I believe that is the ONLY way to govern. Discouraging public participation whether overtly or inadvertently is a blight on our self-governance. It encourages corruption and should not be tolerated. Openness and transparency should be the minimum standard for public servants.

7. Do you believe the office or board position you seek has been open and honest with the public? If yes, how can the entity remain open and transparent when conducting public business moving forward? If no, what changes would you implement to ensure that all future dealings are open and transparent?

This is a new seat, so there is no incumbent to critique there. Overall though, I believe the legislature has dropped the ball on several occasions regarding transparency and bringing fresh blood with a true conservative mindset is the way to achieve better results which will create more interest and participation from the voting public.

8. If you were presiding over a meeting and a topic was being discussed that you didn’t fully understand, would you ask for a more detailed explanation during the meeting or would you seek the information after the meeting?

Time permitting, I would ask during the meeting. If time were an issue and the topic could be tabled until later without negative consequences, I would seek more information after the meeting.

9. Should you be elected, or reelected, do you plan on seeking any major policy changes in your chosen office? If yes, what would those changes be? If no, why not?

With no incumbent in the seat I am running for, I will just say that my policy will be to be open and honest with voters and to always say what I mean and mean what I say.

I believe medically prescribed marijuana should be legal. I have seen family members and friends over the last few years that had a great quality of life improvement by using it to help with pain management. A plant created by God being used for a good purpose should be legal in my opinion. If marijuana was decriminalized across the board, I would recommend the study of every aspect touched by that decision. RE: statistical study to determine any possible changes in crime, life expectancy, quality of life, dropout rates, workforce productivity, traffic and workplace accidents, etc.

11. Should you be elected, or reelected, where do you stand on the issue of constitutional vs. community policing?

I don’t believe the two are mutually exclusive. I believe our communities should know their law enforcement officers and efforts should be made for that to occur. Information on police procedures should be public so anyone in a situation requiring police presence would know what to do and not to do to prevent conflict caused by ignorance. I believe the rule of law is one of the bedrock issues of our state and country and an effective police force that follows the Constitution should be the goal. Defunding the police is a ridiculous reaction that only exacerbates crime in communities. Police need to be trained and retrained periodically to ensure officers know proper procedure and how to perform their job with safety, community pride, and adherence to the Wyoming and U.S. Constitutions.