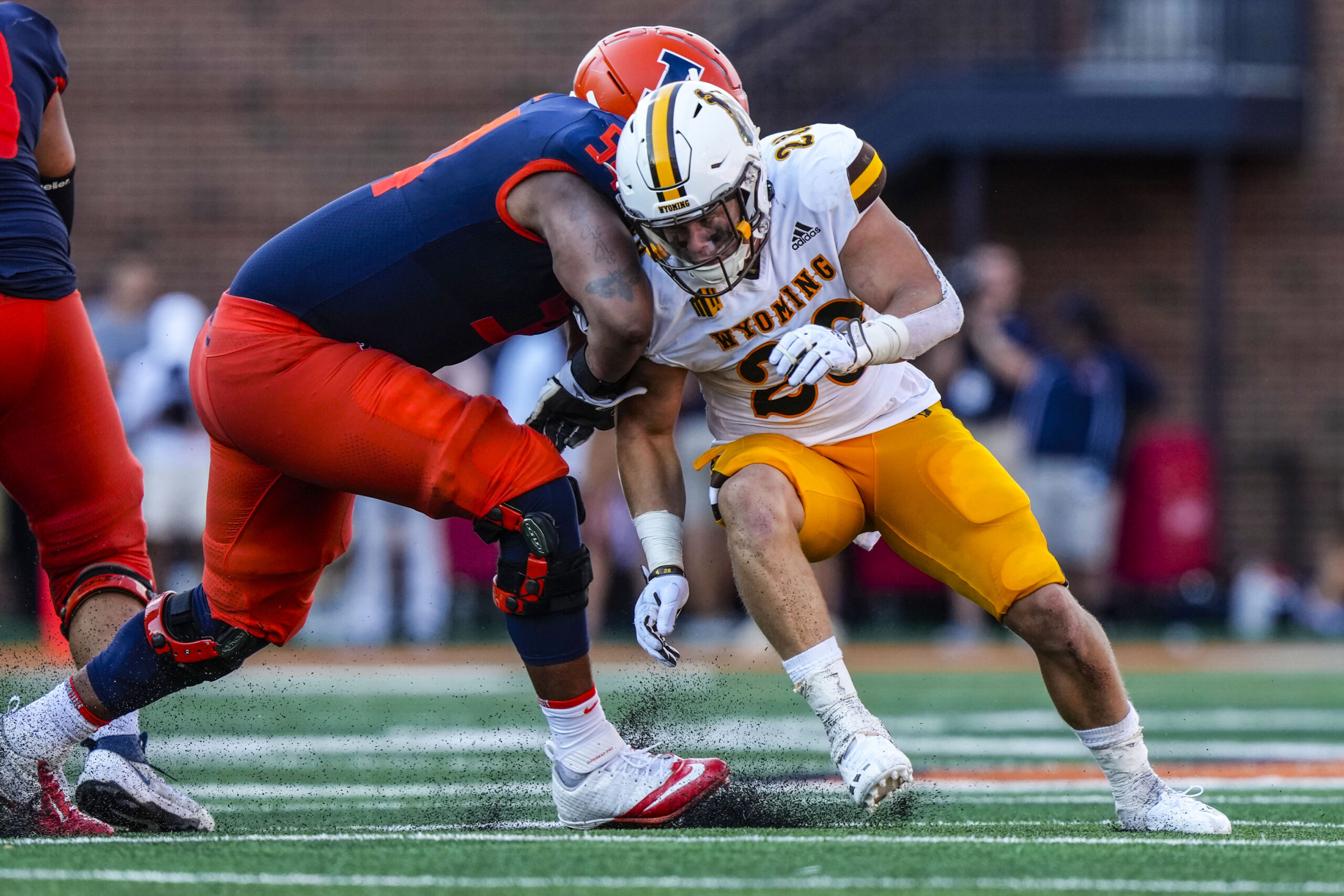 NOTE: The following is courtesy of University of Wyoming Athletics.

CHAMPAIGN, Ill. — The Wyoming Cowboys fell to the Illinois Fighting Illini in the season opener on Saturday by a score of 38–6 in Memorial Stadium in Champaign, Illinois. It marked Wyoming’s first loss in a non-conference season opener since falling to Iowa in 2017. The contest saw 19 new players make their debuts and nine of those make their first career starts.

“We came into the contest with a plan to win, but we didn’t execute,” UW head coach Craig Bohl said. “Illinois had some playmakers make plays. To beat a Big Ten team, you need to be ahead in the turnover margin, and we didn’t do that. We have to work on things to get better and move forward. This will be a learning experience for us, and our guys will band together.”

Illinois held the Pokes to 222 yards of total offense. The Fighting Illini offense added 475 yards rushing for 260 yards and passing for 215. Illinois held a 36:36–23:24 advantage in time of possession.

The Cowboy offense was paced by Titus Swen with 98 yards rushing on 17 carries. Quarterback Andrew Peasley rushed for 76 yards and was 6-of-21 passing for 40 yards. Joshua Cobbs added two catches for 14 yards.

Kicker John Hoyland added a pair of field goals including a career-best 46-yarder.

Illinois got on the board first using a 60-yard kickoff return by Peyton Vinning to set up a two-play drive that ended in a Tommy DeVito touchdown pass to Chase Brown from 14 yards 41 seconds into the contest.

The Cowboy defense settled from there as the Wyoming offense tacked on a field goal from John Hoyland from 22-yards for a 7–3 contest in the closing minute of the first quarter. The drive was set up by a trio of runs. Swen added an 11-yard rush followed by a 17-yard and 37-yard rush from Peasley.

The Illini took a 14–7 advantage in the second quarter on an 11-yard run from Brown with 8:12 left in the first half. Illinois would add a field goal by Caleb Griffin from 27 yards for a 17–7 lead with 4:33 left in the frame. It was paced by an Illini interception returned into Cowboy territory.

The Pokes opened the second half with a field goal for a 17–6 contest for Illinois, this time a career long from Hoyland from 46 yards. The first drive of the frame saw Swen open with a 25-yard scamper. He also added an 11-yard carry, as Treyton Welch and Will Pelissier add a catch on the drive.

Illinois made it a 24–6 contest with 2:56 left in the third quarter on an 11-play, 78-yard drive. The tally was a pass from DeVito to Pat Bryant from six yards. The score was set up by a ground game for the Illini rushing for 31 yards.

The Cowboys went for it on fourth down but were stopped by Illinois. The Fighting Illinois responded with another score to take a 31–6 lead in the opening seconds of the fourth quarter. Brown found the end zone from five yards for his second score of the day.

The Illini added another score in the fourth quarter and took the contest 38–6.

The Illini were led by running back Chase Brown with 151 yards rushing and two touchdowns. Quarterback Tommy Devito added 192 yards passing going 27-of-37 with two touchdowns.

The Cowboys open the home portion of their schedule next Saturday, hosting Tulsa in War Memorial Stadium at 1:30 p.m. MT in a contest on FS1.