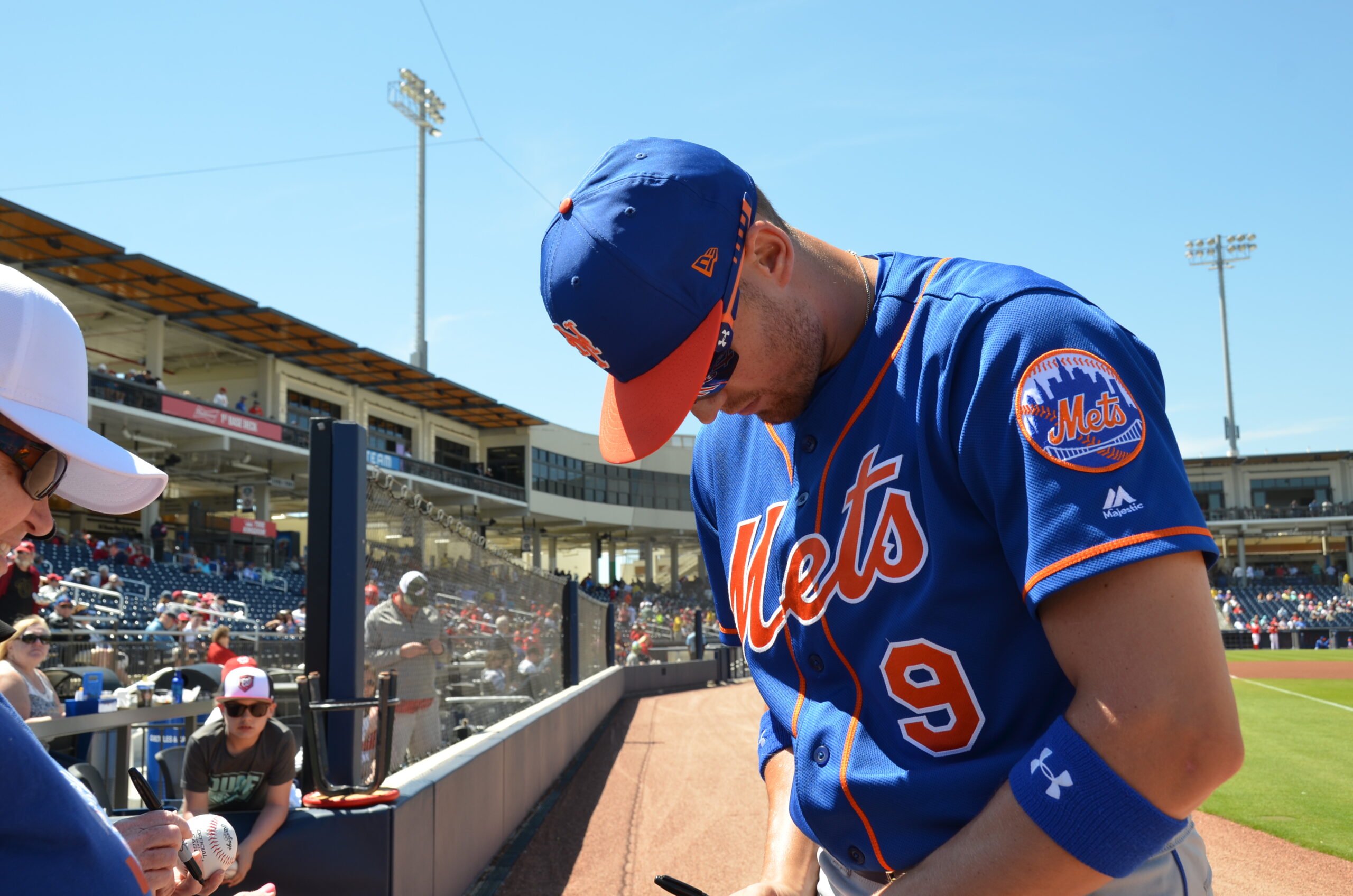 NOTE: The following players listed went to the University of Wyoming at some point in their college careers, played high school sports in the state, or both. For the NFL, only players currently on active rosters are listed.

Allen will arguably be the star attraction in the official opening to the 2022 NFL season against the defending Super Bowl champions, the Los Angeles Rams, on Thursday night, a testament to just how good the Californian and former Cowboy already is and is expected to be this season.

The 26-year-old threw for over 4,000 yards and 35 touchdowns for the second straight year in 2021, being a key part of Buffalo’s rushing attack on top of it all with a career-high 763 yards on the ground, which was second on the team behind tailback Devin Singletary.

Caesars Sportsbook currently has Allen as the preseason favorite to win the NFL MVP award at +700 odds, ahead of other elite players in his position such as Patrick Mahomes, Justin Herbert and Tom Brady. His previous best finish in the voting came in 2020, when Allen finished second in the Associated Press’s MVP race behind the Green Bay Packers’ Aaron Rodgers.

The Rams and Bills will kick off at 6:20 p.m. Thursday at SoFi Stadium in Los Angeles, with the game being televised nationally on NBC.

One of the most successful Wyoming-born NFL players in recent memory, Wilson was the leading tackler on a Bengals defense that helped the team make a remarkable run to the Super Bowl for the first time since 1988 despite only playing in 13 regular-season games as he dealt with a shoulder injury.

The former Mustang and Cowboy underwent offseason surgery on the affected shoulder, limiting his workload for much of the break until Cincinnati eased him back into 11-on-11 work in practice last month. Though he officially has a “questionable” designation on the Bengals’ official depth chart, no setback in Wilson’s recovery has been reported as he appears ready to go for Cincinnati’s regular-season opener.

The Bengals will take on an AFC North rival, the Pittsburgh Steelers, at 11 a.m. Sunday.

The rookie third-round NFL Draft pick was a fixture of the Jacksonville defense throughout the preseason, having no problems making the 53-man roster on a defensive unit that was among the worst in the NFL this past season.

Muma, a Colorado native and former Third Team AP All-American at Wyoming, is officially listed on Jacksonville’s depth chart as the No. 2 right-inside linebacker behind high-profile free agent signing Foyesade Oluokun, who led the NFL in tackles this past season as a member of the Atlanta Falcons. Nonetheless, it’s likely Muma will see significant playing time in a variety of linebacker roles throughout the year, especially if the Jaguars’ well-publicized struggles — having won just four games in two seasons — continue.

Jacksonville visits the Washington Commanders to start its season at 11 a.m. Sunday.

Epps had a career year in 2021, tallying 62 total tackles, and following a strong offseason in which he had plenty of compliments from the Eagles’ coaching staff, he has officially been named the team’s starter at strong safety.

The 2022 season will be a defining year for Epps, who will transition from mainly a depth piece to a key piece of a secondary for the first time in his pro career. Philly’s pass defense allowed a 69.4% completion percentage a year ago, which was the tied-worst rank in the league with the Jaguars.

The Eagles will travel to Detroit to face the Lions at 11 a.m. Sunday.

As Washington’s starting center, Roullier will be directly responsible for protecting a new quarterback in the nation’s capital: Carson Wentz, who was traded from the Indianapolis Colts in the offseason.

Roullier, who turned 29 last month, should return to the field soon for the first time since he suffered a fractured tibia in Week 8 of last season, an injury which ended up sidelining the former Poke for the remainder of the 2021 season. The Minnesotan has made a solid pro career for himself since being picked by Washington in the sixth round of the 2017 draft, starting 61 of the 67 pro games he’s played in.

The Commanders will host the Jaguars to start their regular season at 11 a.m. Sunday.

Like his former college teammate Muma, Wingard will start the year as a second-string defensive player for Jacksonville as the fourth-year player is currently listed as the Jaguars’ backup strong safety behind Rayshawn Jenkins.

A restricted free agent in the offseason, Wingard remained with the team that signed him as an undrafted free agent in 2019 following three selections to the First Team All-Mountain West during his time in Laramie. Wingard started all 15 games for Jacksonville this past season, managing a career-high 88 total tackles with one interception.

Wingard could be one of three former Cowboys (along with Muma and Roullier) to see the field during the Jacksonville–Washington game at 11 a.m. Sunday.

Granderson, who was undrafted out of UW in 2019, signed a two-year contract extension with the Saints in the offseason and is currently listed as New Orleans’ backup right defensive end behind Marcus Davenport.

The 25-year-old had 25 total tackles a year ago, the best single-year mark of his career, with three of those being sacks.

The Saints open up their regular season against an NFC South rival, the Tampa Bay Buccaneers, at 11 a.m. Sunday.

A former first-round draft pick of Jacksonville in 2018, Bryan’s fifth-year option wasn’t picked up by the Jaguars prior to the 2021 season, leaving him free to sign with another team — which eventually proved to be the Browns — this offseason.

The former Mustang could be poised for a breakout season with Cleveland following a promising preseason in which he battled his way to a starting spot on an elite Browns defensive line featuring All-Pro ends Myles Garrett and Jadeveon Clowney. Still just 26 and with plenty of potential to unlock from his time playing college football at Florida, Bryan might have just found himself in the right place at the right time.

Cleveland begins its regular season with a date with the Carolina Panthers (where it’ll face off against former quarterback Baker Mayfield) at 11 a.m. Sunday.

The 31-year-old nose tackle is listed as the second name at his position on the Broncos’ depth chart (behind incoming free agent signing D.J. Jones) and is coming off a season in which he tallied 33 total tackles, his most in a year since 2019.

Denver opens up its season against the Seattle Seahawks — where current quarterback Russell Wilson will face off against the team he won a Super Bowl with — at 6:15 p.m. Monday.

Another year, another season in which Bobenmoyer will be Denver’s long snapper responsible for delivering footballs to Broncos special-teamers. The former Thunderbird and Northern Colorado player officially kept his starting spot at long snapper for a third straight year at the conclusion of this preseason.

Bobenmoyer’s kicker will remain the same from 2021 — Brandon McManus — but Corliss Waitman beat out outgoing punter Sam Martin for Denver’s starting punter position, meaning that Bobenmoyer will need to gel with another specialist in time for this upcoming season.

Soft and accurate hands will especially be important for Bobenmoyer in Denver’s season opener at Seattle, with Lumen Field being one of the loudest stadiums in the NFL.

Wyoming’s lone current MLB player is still a key starter on one of baseball’s best teams, with New York currently leading (as of Tuesday afternoon) the National League East as it preps for a likely postseason run.

However, that’s not why Nimmo made headlines this past week.

Nimmo made one of the defensive plays of the year in the MLB while playing center field for the Mets on Wednesday in a 2-1 win over the Los Angeles Dodgers, making a leaping catch at the outfield wall to deny the Dodgers’ Justin Turner a home run in the seventh inning.

Besides that, the former Thunderbird is batting .266 on the year, most notably this past week notching both a double and a triple in the Mets’ 7-3 win over the Washington Nationals on Friday.