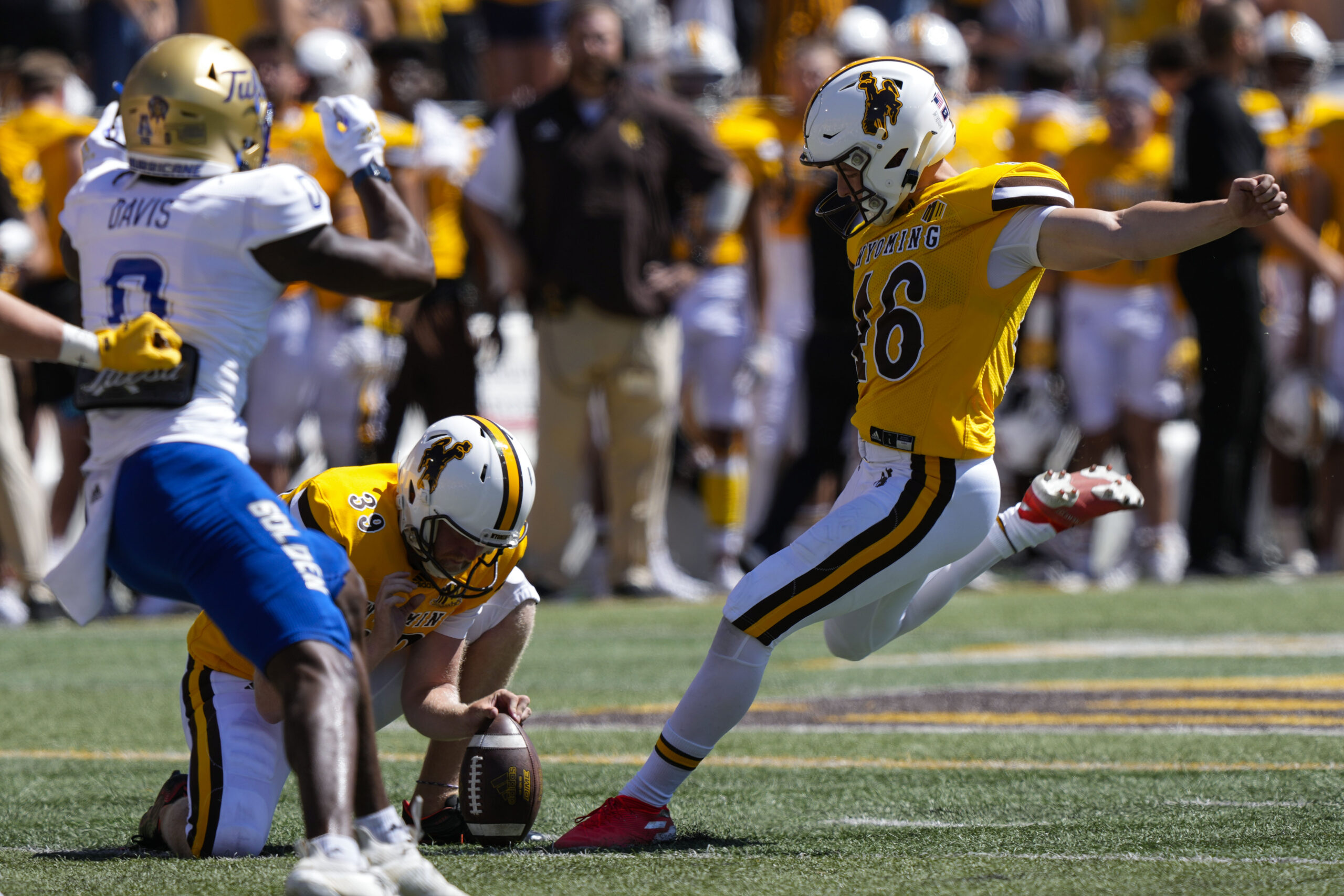 The announcements were made by the Mountain West on Monday.

Hoyland was a perfect 4 of 4 in field goals in a 33–10 win over Northern Colorado last Saturday. His three first-half field goals from 23, 41 and 39 yards were critical to Wyoming’s win and staked the Cowboys to a 9–0 halftime lead.

Hoyland added a perfect 3 for 3 in PATs against Northern Colorado last Saturday to score 15 of Wyoming’s 33 points.

Midway through the fourth quarter with Wyoming holding a 16–10 lead, Hoyland kicked his fourth field goal from 35 yards out to extend the Cowboys’ lead to 19–10.

A sophomore from Broomfield, Colorado, where he played at Legacy High School, Hoyland earned Second Team All-Mountain West Conference honors in 2020 and he was named to the 2020 Football Writers Association of America Freshman All-America team.

He has made 10 of 11 field goals he has attempted this season, including a career-long 55-yard field goal. Hoyland is a perfect 7 of 7 in PATs on the season.

Suiaunoa recorded a career-best eight tackles in Wyoming’s 33–10 home win over Northern Colorado last Saturday, and he added an interception in the fourth quarter that he returned 18 yards down to the UNC three-yard line to set up a Wyoming touchdown two plays later.

Suiaunoa also recorded 1.0 sack for 10 yards, 1.0 tackle for loss and one quarterback hurry in the game as he helped lead a Wyoming defense that held Northern Colorado to only 15 rushing yards and only 147 yards of total offense.

The sophomore from Houston, Texas, played at Clear Lake High School. He and his Cowboy defensive teammates limited UNC to an average of only 2.4 yards per play.