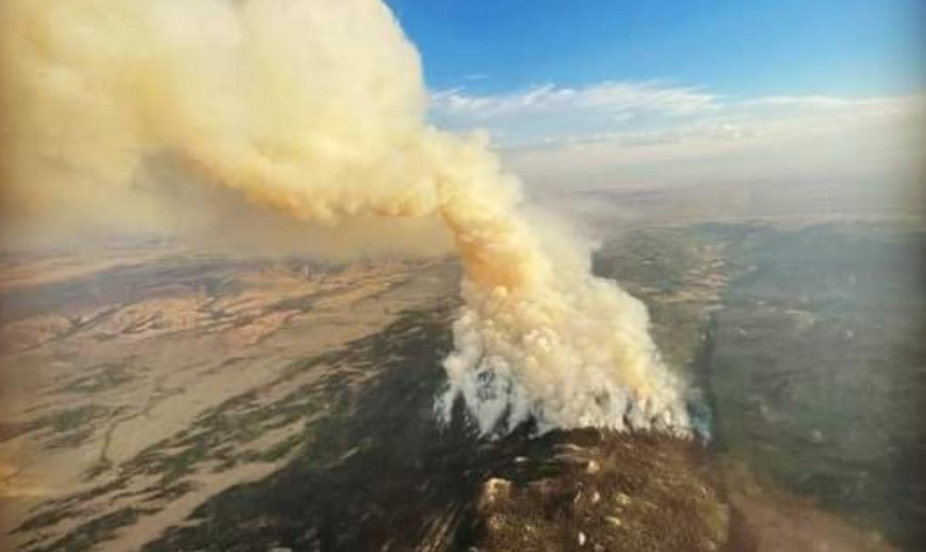 CASPER, Wyo. — The Red Cross of Wyoming opened an overnight shelter in Rock River on Monday to assist people impacted by the Sugarloaf Fire near Laramie Peak.

While the shelter was closed on Tuesday morning, volunteers are standing by in case the need for assistance arises again, the Red Cross of Wyoming said on Tuesday.

“Currently, we are assisting those impacted on an individual basis,” the press release said. “Red Cross assistance can provide care, comfort, mental health and health services, disaster supplies, lodging and assistance for other immediate needs. Further assistance will be provided as needed.”

“If you have questions, please contact Catie Ballenger, Regional Communications Director for American Red Cross of Colorado and Wyoming: (970) 261-6282; Caitlin.Ballenger@redcross.org.”

The Sugarloaf Fire was initially reported on Monday afternoon, burning in the Medicine Bow National Forest. The fire had grown to 500 acres by 9 p.m. Monday and prompted evacuations, according to the U.S. Forest Service.

Fire managers now believe the fire was likely human-caused and started near the end of Forest Road 637 and the Cow Creek Trailhead. Anyone with information can call the Forest Service Law Enforcement Tip Line, 303-275-5266.