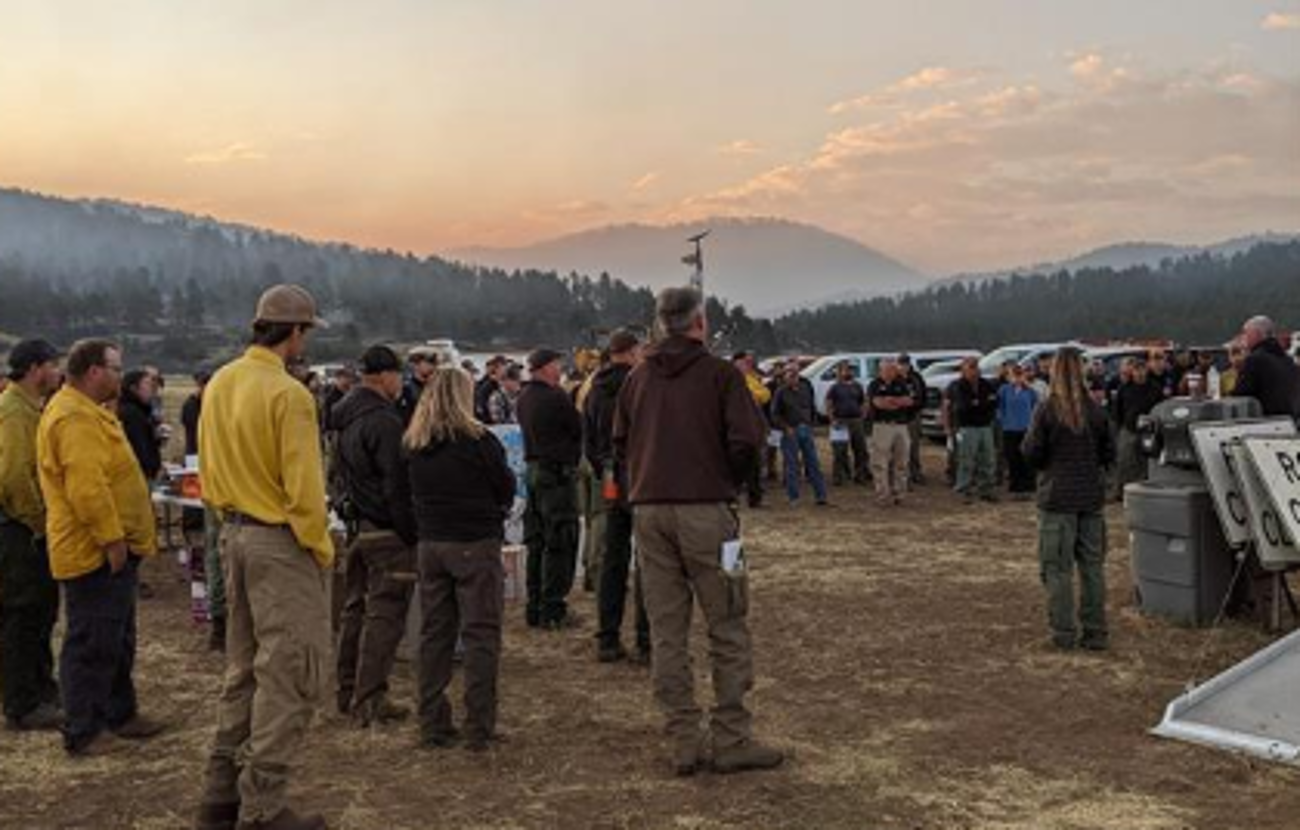 The fire discovered on Sunday afternoon has burned an estimated 6,476 acres, according to a Wednesday morning update from Wyoming State Forestry posted to InciWeb.

An area closure is in effect for the Black Hills National Forest, according to an order from the U.S. Forest Service. A map of the closure area is as follows:

The fire is burning in steep, rugged terrain on Iron Mountain. It was started on private land and was human-caused, the InciWeb fire information page said.

U.S. Forest Service, Wyoming State Forestry and Crook County resources, assisted by multiple helicopters and air tankers, have been actively engaged in efforts to suppress the fire. The Natrona County Fire District said Tuesday it was sending two personnel to assist on the fire.

Firefighters are working to build containment line and add protection around residences, the InciWeb page for the fire said.

Smoke is visible in multiple directions from the fire, and fire officials are asking the public to use caution while driving in the conditions.

“For more information on smoke impacts, visit https://www.airnow.gov/wildfires/,” the fire information page said. “Please do not fly Unmanned Aircraft Systems (UAS), also known as drones, in the wildfire area. [The] ‘If You Fly, We Can’t’ campaign emphasizes the serious risks posed to firefighter and public safety from unauthorized drone flights during wildfire suppression operations.”