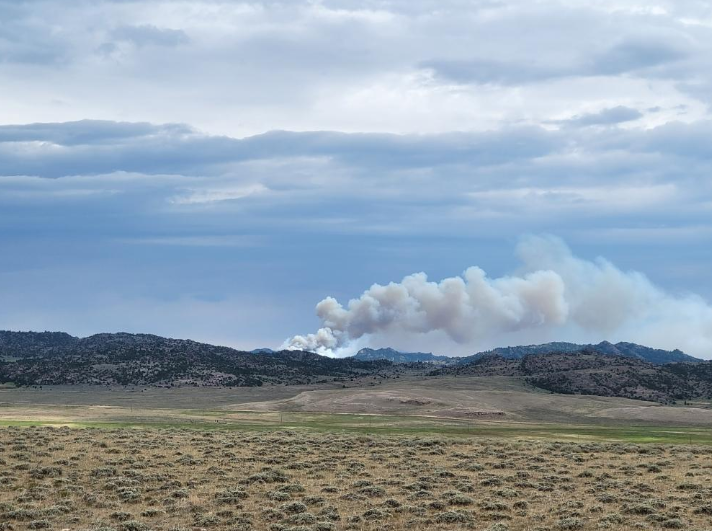 CHEYENNE, Wyo. — The Sugarloaf Fire burning near Laramie Peak has grown to about 839 acres and is 19% contained, a Wednesday morning update from fire officials said.

Firefighting efforts will include work continuing to add direct and indirect fire line, the Wednesday morning update states. Structure protection is in place in Garrett Springs and Bear Creek Road.

The fire may see some moderate activity in areas where firing operations are being deployed, with moderate surface fire and short crown runs possible, the Wednesday update added.

“If you are evacuating the Sugarloaf Fire area and need assistance with temporary housing, please contact Albany County Emergency Management at (307) 721-1815 or (307) 721-1896,” fire officials said.

433 personnel are assigned to the fire, with the Rocky Mountain Complex Incident Management Team 3 in command.

Stage 1 Fire Restrictions are in effect on the Laramie Peak unit of the Medicine Bow National Forest as well as the Thunder Basin National Grassland, and a temporary flight restriction is in effect over the fire area.

“This restricts aircraft, including drones, from entering the area without permission,” fire officials said. “Please remember: If you fly, we can’t!”

More information about the fire is available via: