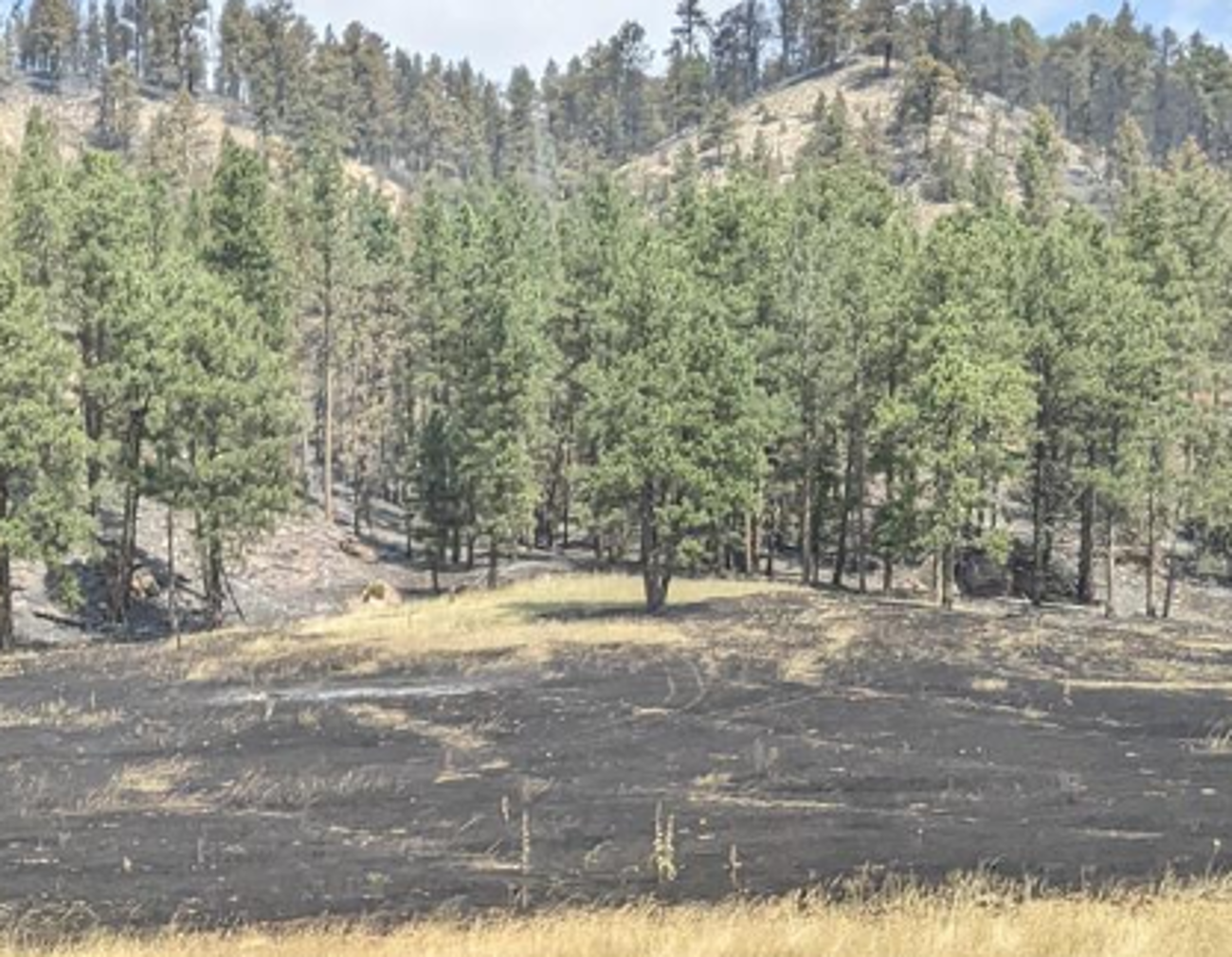 CASPER, Wyo. — Firefighting efforts helped limit growth of the Fish Fire burning about seven miles south of Sundance on Wednesday and containment has been increased to 20%, a Thursday morning update from fire managers with Fish Fire Information said.

Growth of the fire was limited to about 200 acres on Wednesday, with the fire now listed at 6,668 acres, the Thursday update showed. Favorable weather conditions allowed air resources to assist crews on the ground in moderating fire behavior. There are about 420 personnel assigned to the fire.

On Thursday, crews will continue work to build and secure fire line, according to Fish Fire Information. Weather conditions are again expected to allow aerial support from helicopters and the construction of fire line. Crews will burn pockets of fuel where needed to strengthen fire line, and patrol and mop up will occur in areas where the fire is contained.

Structures in the area were assessed on Wednesday and fire managers developed a defense plan in case conditions change and fire activity increases. That work is expected to continue Thursday, Fish Fire Information said.

Temperatures are expected to be in the high 80s on Thursday with a relative humidity of around 15%, the update said. A cold front is expected to move in on Friday and there is a chance for rain heading into the weekend.

An evacuation remains in effect from south of Canyon Springs Road to the south end of the fire and east of Wyoming Highway 585. The evacuation area includes about 20 homes, according to Fish Fire Information.

An area closure remains in effect on the Black Hills National Forest, with details available from the U.S. Forest Service.

Anyone driving on Wyoming Highway 585 is urged to exercise caution with heavy smoke possible and firefighters working in the area, a special note included in the update said.

“Please slow down for the safety of our firefighters and yourself,” the update said.

The fire was initially discovered on July 31 and is suspected to have been human-caused. The specific cause is under investigation.

The Rocky Mountain Complex Incident Management Team 1 is in command of the fire. More information is available via: